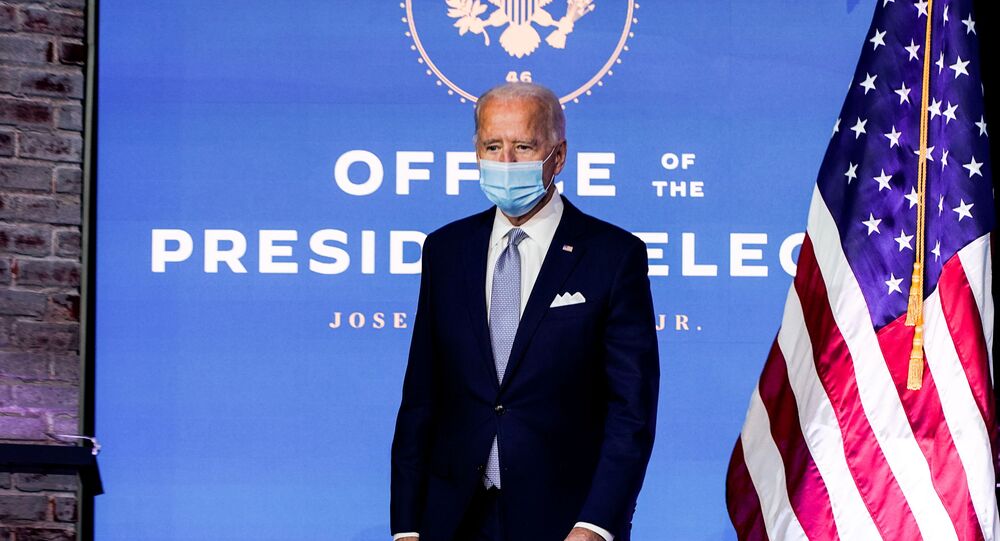 On Tuesday, the White House gave approval for Biden to obtain the president's daily intelligence reports as part of the process of power transfer, authorised by the General Services Administration (GSA).

Democrat Joe Biden will receive his first presidential intelligence briefing on Monday, his office confirmed in a statement on Sunday.

While President Donald Trump has refused to concede to Biden, accusing Democrats of "rigging" the 2020 election in favour of their candidate, he has greenlighted the transition process, advising GSA head Emily Murphy and her team to "do what needs to be done with regard to initial protocols".

The presidential daily briefing is a daily rundown of threats and intelligence developments compiled by the national security community for the US leadership.

A specific note on Biden’s schedule for tomorrow - first time it lists him as getting the Presidential Daily Briefing of intelligence since winning pic.twitter.com/2LmmWJe2Wb

Prior to the White House authorisation, the Biden-Harris transition team had complained that Biden was not receiving daily intelligence reports, while the presumed president-elect had already held phone conversations with several world leaders. His transition aide Jen Psaki, now Biden's press secretary-to-be, said that they wanted access to the briefings so that they can "prepare to govern". However, the Office of the Director of National Intelligence said that it would not contact Biden's transition team until the GSA ascertains Biden as the likely president-elect.

'Everyone Knows It Was Rigged'

Major media outlets project Biden to become the next president of the United States. President Trump, however, has challenged the projections, seeking recounts in several key battleground states, where he believes massive fraud and irregularities have taken place.

Particularly in Pennsylvania, the president says the 1,126,940 ballots were "created out of thin air". Pennsylvania officials declared earlier this week that Biden had won by over 80,000 votes in the state. Pennsylvania plays a key role in determining the outcome of the 2020 election.

We have some big things happening in our various litigations on the Election Hoax. Everybody knows it was Rigged. They know Biden didn’t get more votes from the Black community than Obama, & certainly didn’t get 80,000,000 votes. Look what happened in Detroit, Philadelphia, plus!

At the same time, Trump said he would "certainly" vacate the White House if the Electoral College certifies Biden as the president-elect, still adding that if they vote for Biden, it would be a "mistake".

"It would be easier for me to stay 'Oh, let's worry about four years from now'. No, this election was lost by the Democrats. They cheated, it was a fraudulent election", Trump said.

The official outcome of the election will be announced after the US states certify their election results and the Electoral College meets to decide on the next US president.