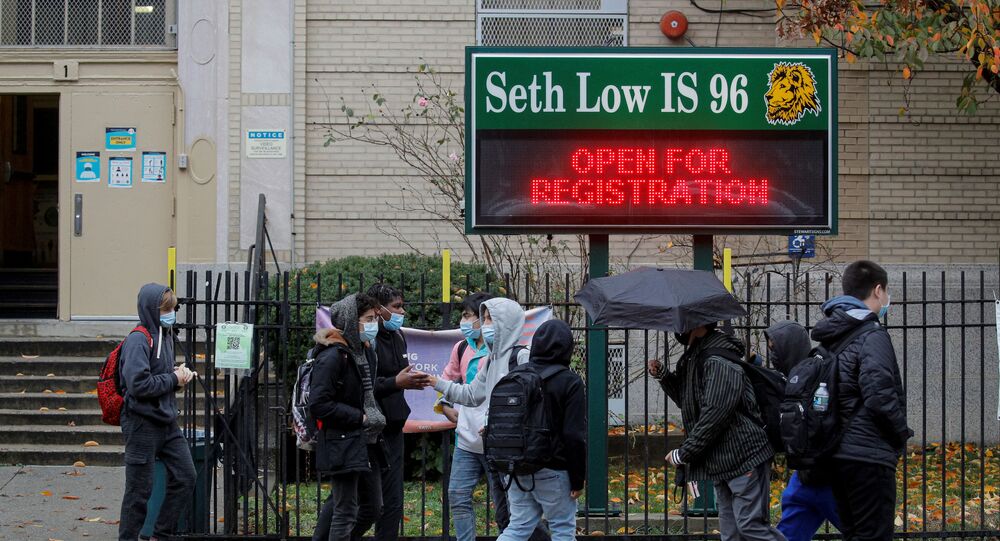 "Beginning the week of Monday, December 7, New York City public schools will begin to reopen. We will begin with elementary schools," de Blasio said on Sunday, as broadcast on the official NYC Mayor Twitter page.

​According to de Blasio, public schools in NYC will be reopening in phases, starting with preschool programs and kindergarten through fifth grade (3-K, Pre-K and K-5 students).

Upon reopening, weekly #COVID19 testing will be in effect and testing consent forms will be required for our students to return.

Families, you can fill out the form TODAY on your @NYCSchools account — go to https://t.co/kGFODNomzx.

​In-person classes were halted in NYC in mid-November when daily positive testing for the coronavirus crossed critical levels set by the city.