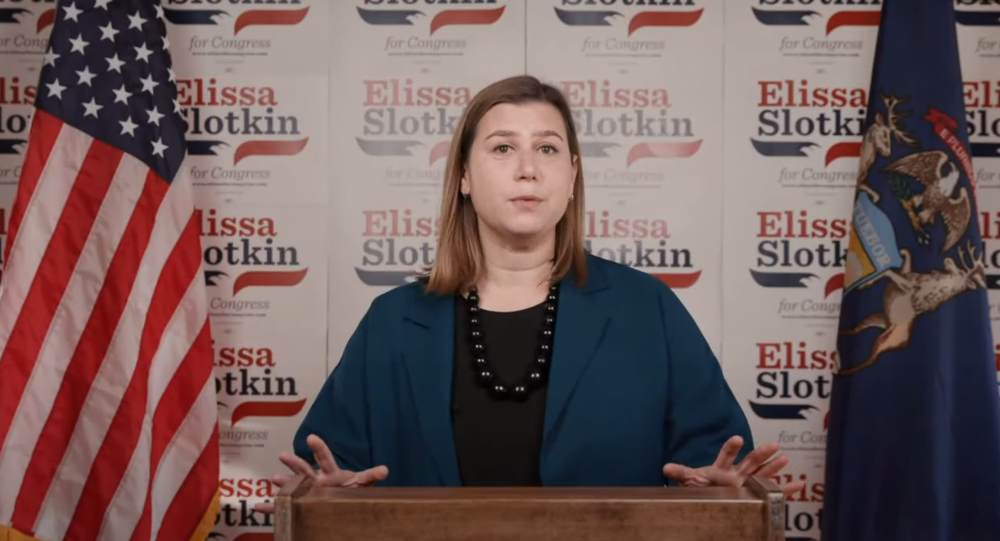 Joe Biden began announcing picks for his cabinet this week, even as incumbent Donald Trump continues to refuse to concede, citing alleged widespread voter fraud. On Tuesday, Biden selected Antony Blinken - his former vice-presidential national security adviser and a proponent of war in Iraq, Libya and Syria - for the key post of secretary of state.

The 44-year-old New York City native is known to have served three tours of duty in Iraq as a CIA militia expert during the late Bush and early Obama administrations, and then to have gone on to work at the Office of the Director of National Intelligence and for the National Security Council. In 2012, she moved to the Pentagon and, in 2015, was tapped for the role of acting secretary of defence for international security affairs.

At the Defence Department, Slotkin was involved in ramping up the scale of US military operations on Russia’s western borders, and at the same time charged with ensuring ‘deconfliction’ between Russian and US military aircraft in Syria. Her responsibilities are also said to have included drone and cyber warfare, as well as homeland defence.

During her bid for Congress in 2018, the World Socialist Website named Slotkin as one of ‘The CIA Democrats’, ie, one of a peculiarly large body of former intelligence and military personnel seeking to compete for vulnerable Republican-held seats in the mid-term elections.

Slotkin co-authored an op-ed in The Detroit News last week urging Donald Trump to concede the election. In October, she reportedly expressed concerns that America might be ‘hurtling toward’ a constitutional crisis based on Trump’s allegations of plans by the Democrats to rig the election.

Slotkin has attacked Trump on a range of foreign policy matters, from his Iran policy, to his corruption probe against the Biden family’s alleged corruption in Ukraine (which she said warranted Trump’s impeachment), to what she characterised as his strange relationship with Russia.

In the summer of 2020, when the New York Times, the Washington Post and other US media reported the (since debunked) claims by ‘anonymous intelligence officials’ that Russia had offered the Taliban* bounties for US troops’ heads, Slotkin blasted Trump over his many telephone conversations with Russian President Vladimir Putin, and suggested that there was “something… off about” the relationship between the two men “since the beginning,” with Americans “quite literally paying in blood for [Trump’s] pandering to Putin”, in Afghanistan.

© AP Photo / Allauddin Khan
New York Times Dusts Off ‘Russia Arms Taliban’ Story After Previous Claims Get Debunked
The White House, Russian officials and the Taliban have since dismissed the ‘bounty’ claims, with the militia accusing the Afghan government of deliberately seeking to derail the withdrawal of US troops from the war-torn Central Asian nation.

In October, Slotkin asked Director of National Intelligence John Ratcliffe to brief congress on the extent of the alleged threat posed by Russia and Iran to the US election process, claiming that the Russian and Iranian efforts “remain persistent and sadly effective in sowing distrust and division among the American people”.

Slotkin made headlines last week when she said she would not support Nancy Pelosi’s bid to be speaker of the House, briefly causing speculation about serious divisions in the Democrat Party. Pelosi handily won re-election as speaker anyway, with no one stepping up to challenge her.