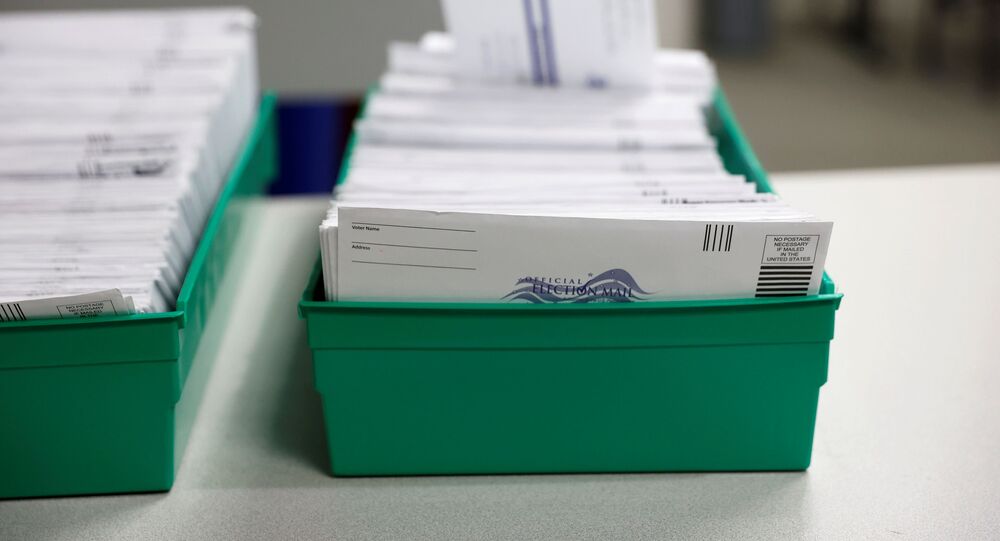 MOSCOW (Sputnik) - The Pennsylvania Supreme Court has dismissed an election challenge by Republicans seeking to invalidate millions of mail-in votes.

"Petitioners sought to invalidate the ballots of the millions of Pennsylvania voters who utilized the mail-in voting procedures. ... Alternatively, Petitioners advocated the extraordinary proposition that the court disenfranchise all 6.9 million Pennsylvanians who voted in the General Election and instead 'direct the General Assembly to choose Pennsylvania’s electors," the Saturday ruling says, as quoted by NBC.

The state’s Supreme Court ruled no on all counts, saying that "all other outstanding motions are dismissed as moot." The highest court threw out a lower court order blocking state officials from completing ballot certification.

Earlier on Saturday, US President Donald Trump said on Twitter that the number of ballots that his campaign was challenging in the Pennsylvania case was more than the 81,000 vote margin.

The number of ballots that our Campaign is challenging in the Pennsylvania case is FAR LARGER than the 81,000 vote margin. It’s not even close. Fraud and illegality ARE a big part of the case. Documents being completed. We will appeal!

​On Friday, the US Court of Appeals for the Third Circuit rejected a legal challenge brought by Trump’s team regarding alleged voter fraud during the November 3 presidential election in Pennsylvania. Trump’s senior legal adviser Jenna Ellis said that the president's team would take the Pennsylvania case to the Supreme Court.

© REUTERS / CARLOS BARRIA
Trump: 1,126,940 Votes Were Created Out of Thin Air, I Won Pennsylvania by a Lot
Pennsylvanian officials certified the election results earlier this week, declaring that Joe Biden had won by over 80,000 votes in the state.

Major US media outlets have projected Democratic nominee Joe Biden to be the winner of the November 3 presidential election. Election officials in several of the most crucial battleground states have already certified his victory. Biden declared himself the winner in a national address but so has Trump, who said his victory was stolen via massive fraud and impropriety.