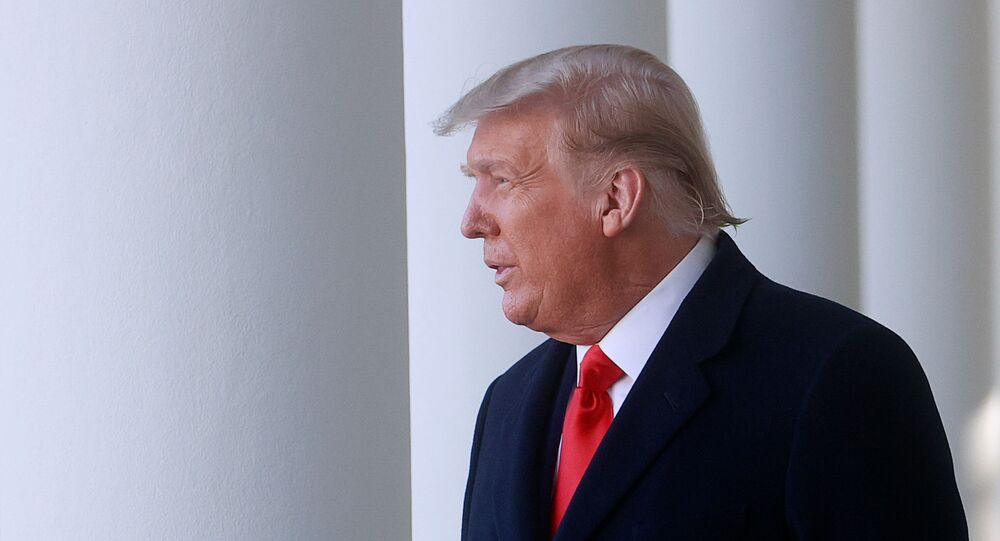 Michael Flynn, a retired US Army lieutenant general who served as a national security adviser under the Trump administration, pleaded guilty in 2017 to lying to the FBI about contacts with the Russian ambassador to the US. Following media reports earlier this week, US President Donald Trump on Wednesday issued a full pardon for Flynn.

US Rep. Adam Schiff (D-CA), who also heads the House Intelligence Committee, remarked during a Wednesday interview that a pardon issued to Flynn would show Trump “acting like an organized crime figure.”

“It would send the message that at least as far as President Trump is concerned, if you lie on his behalf, if you cover up for him, he will reward you. He will protect you - but only if he thinks it’s in his interest,” the congressman told CNN’s John Berman.

“There are others that lied for him that he’s not going to extend that kind of service to, but, frankly it reflects so ill on our democracy, on the United States. Imagine what people around the world think when we have a president who’s acting like an organized crime figure.”

However, Schiff also stated that Trump’s actions should not come as too much of a surprise, as “this is who Donald Trump is, it’s who he was on the way into the presidency, and it will be exactly who he is on his last days of the presidency.”

Schiff’s commentary on a Flynn pardon came a few hours before Trump made the official announcement via Twitter amid mass speculation on the matter. “I know you will now have a truly fantastic Thanksgiving,” the president wrote to Flynn and his family.

Flynn served less than a month under the Trump administration, ultimately resigning from his post and becoming one of many officials who came under fire during special counsel Robert Mueller’s investigation into alleged Russian interference in the 2016 US presidential election.

Although Flynn initially pleaded guilty to lying to the FBI, he later withdrew his plea and argued that he’d been set up by the bureau after a federal judge unsealed documents that included a handwritten note from an FBI official that discussed the possibility of forcing Flynn to lie during an interview. The US Department of Justice moved to drop the case against Flynn in May; however, the proceedings have remained under review in federal court.

Trump has repeatedly discredited investigations into Flynn and claimed that the case against his former national security adviser was a “scam” that “should never be allowed to happen to a citizen of the United States again.” Earlier this year, Trump tweeted out that he had been “strongly considering” a pardon for Flynn.

According to the New York Times, more pardons are expected to be handed out to a slew of individuals in the presumed final weeks of Trump’s presidency, possibly including former Trump campaign advisers Rick Gates and George Papadopoulos.

Incidentally, Flynn’s pardon came just one day after Trump issued pardons to a pair of turkeys ahead of the Thanksgiving holiday as part of a longstanding White House tradition.