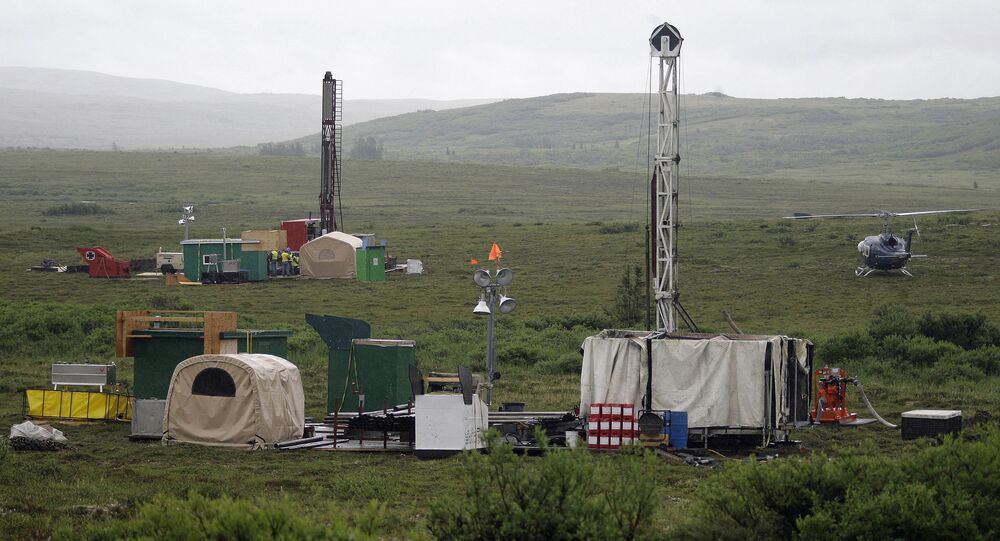 US Denies Permit for Gold, Copper Mine in Southwest Alaska

WASHINGTON (Sputnik) - The United States has denied providing a permit for the controversial Pebble copper and gold mine in the state of Alaska, as it may threaten the state’s environment and wildlife, the US Army Corps of Engineers (USACE) said in a statement on Wednesday.

The assessment was based on an in-depth analysis of project alternatives and examination for technical information, the statement added.

"Today, the US Army Corps of Engineers - Alaska District issued a record of decision that denies the Pebble Limited Partnership’s permit application to develop a copper-molybdenum-gold mine in southwest Alaska under Section 404 of the Clean Water Act and Section 10 of the Rivers and Harbors Act," the statement said, as quoted by local media.

The decision brought an end to the years-long dispute over creating a giant production project near the world’s largest wild sockeye salmon fishery.

"USACE determined that the applicant’s plan for the discharge of fill material does not comply with Clean Water Act guidelines and concluded that the proposed project is contrary to the public interest," the statement said.

United States Fish and Wildlife Service
Trump Administration Moves to Auction Off Oil Rights Within Alaska's Arctic National Wildlife Refuge
The previous Obama administration blocked the project but in May of 2017, the Environmental Protection Agency (EPA) and Pebble Limited agreed to settle by reaching an agreement, which gave the company 30 months to submit permits for the mine.

A group of local environmental organizations, businesses and native Alaskans fought for more than a decade to prevent mining, as the area’s waterways feed into Bristol Bay, which is home to a valuable fishery.