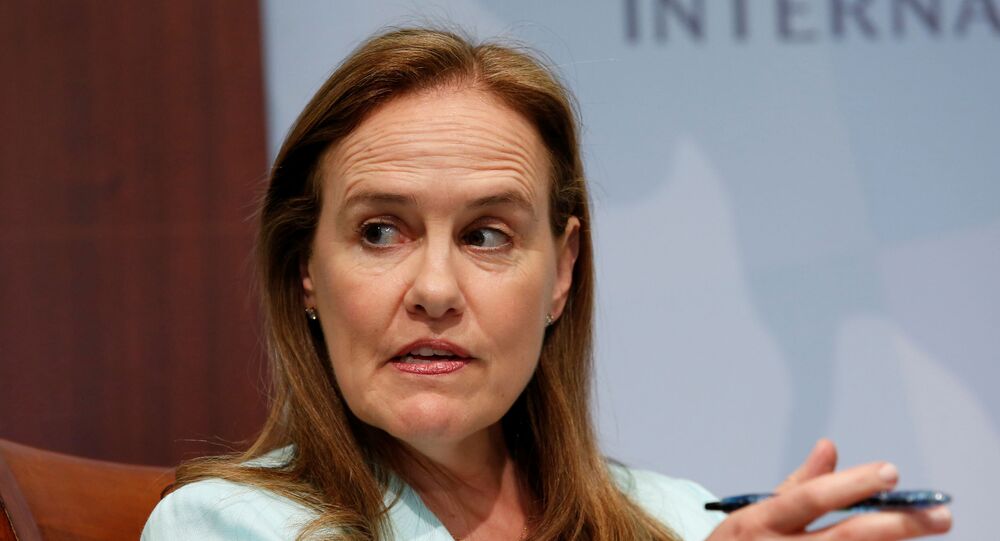 Joe Biden’s presumed pick to head the US Department of Defense, Michèle Flournoy, has encountered stiff resistance from progressive lawmakers and activists, and even within Biden’s transition team, threatening her chances of being nominated or getting through her confirmation.

On Tuesday, presumed president-elect Biden’s advance to the presidency seemed to gain momentum, as US President Donald Trump has given his assent to the General Services Administration beginning the process of providing resources to Biden’s transition team, which he has resisted for weeks. However, Trump has not dropped his legal attempts to win ballot recounts in several key states where he has claimed fraud occurred.

“Flournoy supported the war in Iraq & Libya, criticized Obama on Syria, and helped craft the surge in Afghanistan,” progressive Rep. Ro Khanna (D-CA) tweeted on Sunday. “I want to support the President’s picks. But will Flournoy now commit to a full withdrawal from Afghanistan & a ban on arms sales to the Saudis to end the Yemen war?”

Khanna is just one of several left-leaning US lawmakers wary of the idea of Flournoy heading the Pentagon. Reps. Mark Pocan (D-WI) and Barbara Lee (D-CA) wrote a letter to Biden over the weekend asking him not to nominate a defense secretary with ties to defense contractors.

For Biden, whose presidential bid has depended heavily on maintaining the support of the Democratic Party's left-wing after the defeat of social democrat Sen. Bernie Sanders (I-VT) in the primaries, spurning their concerns about the makeup of a transition team they believed they would have influence over could be dangerous for the party's unity.

Flournoy is a member of Booz Allen Hamilton’s board and co-founder of defense consulting firm WestExec Advisors, the latter of which several of Biden’s office nominees have ties to, including Antony Blinken, who Biden picked to be secretary of state, and Avril Haines, who Biden picked to be director of national intelligence. Flournoy was also the presumed nominee for Pentagon chief for Democratic candidate Hillary Clinton, had she won the 2016 election.

The other leading contender for defense secretary, Jeh Johnson, sits on the board of Lockheed Martin and was homeland security secretary under US President Barack Obama when Biden was vice president. Under US President Donald Trump, the last two Pentagon chiefs were also from the defense industry: Patrick Shanahan was a former Boeing executive and Mark Esper a former vice president for lobbying at Raytheon.

A group of people close to Biden’s transition team told Politico on Monday that Flournoy was “at the top of the list,” but noted that even members of Biden’s team are worried Flournoy’s multiple past Pentagon positions might mean she is too entrenched to “enact the kind of progressive change Biden is looking for.”

Notably, when Biden announced his first cabinet picks on Tuesday, a Pentagon chief was not among them.

Stephen Miles, executive director of progressive foreign policy group Win Without War, told Defense News on Tuesday that “it would behoove the Biden administration to really demonstrate they are charting a different course and they are adding some protections to restore faith and trust in these institutions.”

However, some activists may soon see fit to do both.

Women’s peace group Code Pink, known for its publicity-grabbing direct action protests in the halls of US institutions, has also launched a petition on its website calling on Americans to phone their congressional representatives and tell them to “oppose Michele Flournoy’s appointment as secretary of defense.”

“Trump and his ‘Make America Great Again’ represent the epitome of imperial hubris, while Biden pushes the time-worn idea that America should be ‘back at the head of the table’ internationally, as if America's neocolonial empire was still in its prime,” Code Pink co-founder Medea Benjamin wrote in CommonDreams in September, when Flournoy’s name first came up as a Biden cabinet potential.

“With enough pressure from the public, Biden might be persuaded to start cutting the imperial military budget to invest in our real needs, from Medicare For All to a Green New Deal. But that's unlikely if he picks Michele Flournoy, a die-hard militarist who has played instrumental roles in America's failed wars and catastrophic imperial adventures since the 1990s,” Benjamin added.