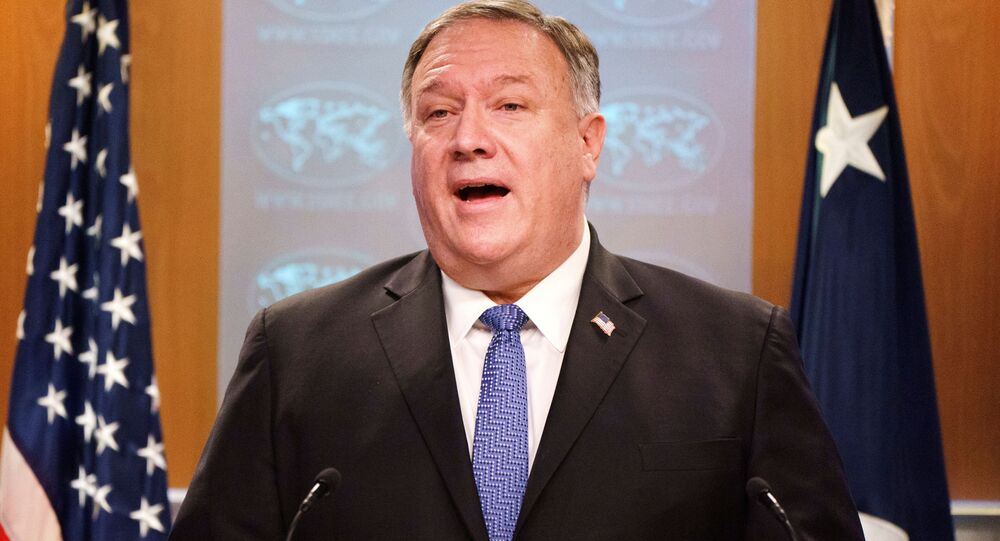 Biden's transition team has already named its Secretary of State-to-be, filling the key post with Antony Blinken, who was a top-ranking official in the Obama administration and is known as a strong backer of multilateralist policies.

The State Department has begun the process of looking into the General Service Administration's (GSA) decision to initiate the process of transferring power to Democrat Joe Biden, US Secretary of State Mike Pompeo indicated on Tuesday.

On Monday, GSA head Emily Murphy notified Biden in a letter that the transfer of power can formally start, acknowledging the former vice president as the likely winner in the 2020 election.

"Today we began the process to see what the GSA's decision was, and will do everything that's required by law. We'll make this work", Pompeo said in an interview on Fox News.

Earlier on Tuesday, US media reported that the Trump administration has authorised Biden to receive the president's daily intelligence reports - something that his team complained he had not had access to, though the Office of the Director of National Intelligences said it won't contact the Biden team until GSA ascertains Biden as the likely president-elect.

Pentagon officials and Biden's team have entered discussions on the transition process with Pentagon officials. According to the head of the Department of Defense transition team Thomas Muir, the Biden team will be provided office space, while the Pentagon plans to hold a number of operational and other briefings.

Meanwhile, Biden has already named several people to fill the key posts in the White House, most of whom the former vice president worked alongside during his tenure in the Obama Administration, including Blinken. The latter has held top-level national security and State Department positions and is well known in national security circles, developing a reputation as a pragmatic realist and a strong backer of multilateral institutions.

Biden's pick for the US Ambassador to the United Nations post, Linda Thomas-Greenfield, is also pushing for multilateralism as the main principle of the future US foreign policy. "America is back, multilateralism is back, diplomacy is back", she said during an event at Biden's hometown of Wilmington, Delaware.

According to the ex-vice president, his newly picked team will "keep America safe without engaging in needless military conflicts".

As of now, Biden has claimed victory in the battleground states of Pennsylvania, Nevada, Michigan, and Georgia, according to the states' certified election results, and is projected by most mainstream media as the president-elect in the 2020 race.

Though President Donald Trump has approved of the GSA proceeding with the transfer process, he has not conceded so far, saying it is not within the body's competence to determine the next US president. Trump has vowed to continue the legal fight to ensure all ballots cast in the presidential election are legitimate.

According to Trump, this year's election was "rigged" by Democrats to favour their candidate Biden. The president's campaign has filed legal challenges in several of these key swing states but the president's path to challenge the results has narrowed significantly, as most of his lawsuits have been dismissed or withdrawn.