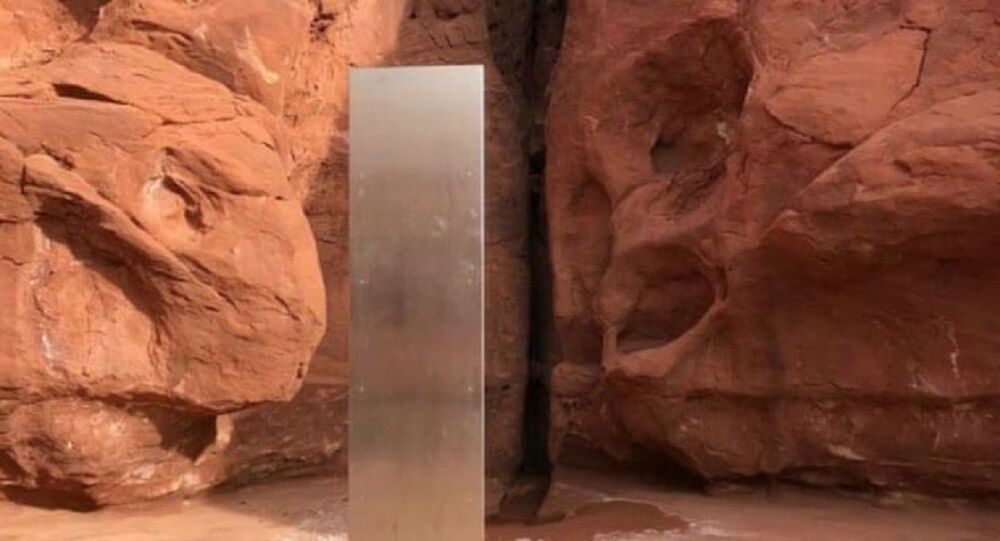 The flight crew that discovered the mysterious object has decided not to disclose its location over fears that amateur explorers could get stuck in the wilderness.

State employees have discovered a strange monolith in a remote part of Utah. They were counting sheep from a helicopter when the event occurred, The Guardian reported.

The mysterious object is made of some kind of metal and is about three metres high.

According to helicopter pilot Bret Hutchings, the object looked manmade and appeared to have been firmly planted in the ground, not dropped from the sky.

"That's been about the strangest thing that I've come across out there in all my years of flying", he told local news channel KSLTV.

The monolith and its surroundings, red Utah rocks, resemble a scene in Stanley Kubrick's "2001: A Space Odyssey".

Per some observers, the mysterious object reminds them of sculptures by John McCracken, who lived in New Mexico and New York and died in 2011.