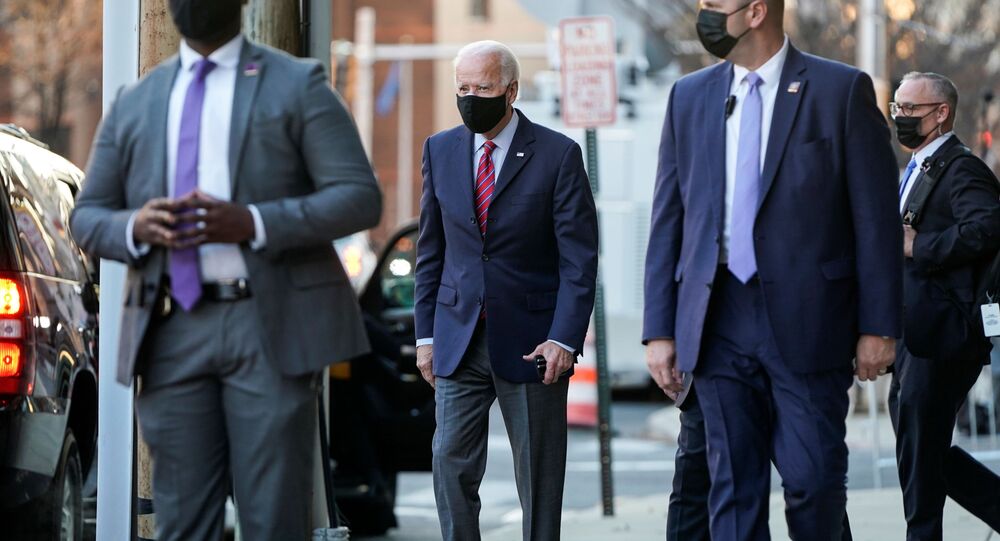 WASHINGTON (Sputnik) - The US Department of Defense (DOD) has confirmed the start of transition procedures now that the General Services Administration (GSA) has allowed Democratic Presidential nominee Joe Biden and his running mate Kamala Harris to start the transition process.

Earlier on Monday, The GSA Administrator Emily Murphy in a letter to Biden said she has determined his transition team can access post-election resources and services, adding that she made her decision independently and was never pressured by any White House officials to delay her decision.

"This evening, DOD has been contacted by the Biden-Harris team and their designated lead for the DOD Agency Review Team and, based on the ascertainment by the GSA Administrator, we will begin immediately implementing our plan to provide support in accordance with statute, DOD policy and the memorandum of agreement between the White House and the Biden-Harris team", the Defence Department said on Monday.

According to the Pentagon, the DOD Transition Task Force will arrange and coordinate all Defence Department contacts with the Biden-Harris team. "DOD is prepared to provide post-election services and support in a professional, orderly, and efficient manner that is befitting of the public's expectation of the Department and our commitment to national security", the department said.

Following the GSA letter, President Donald Trump tweeted that though his campaign will continue its legal fight to ensure all ballots cast in the 2020 presidential race are legitimate, he is recommending GSA head Murphy and her team to follow initial protocol with regard to his rival Joe Biden transition.