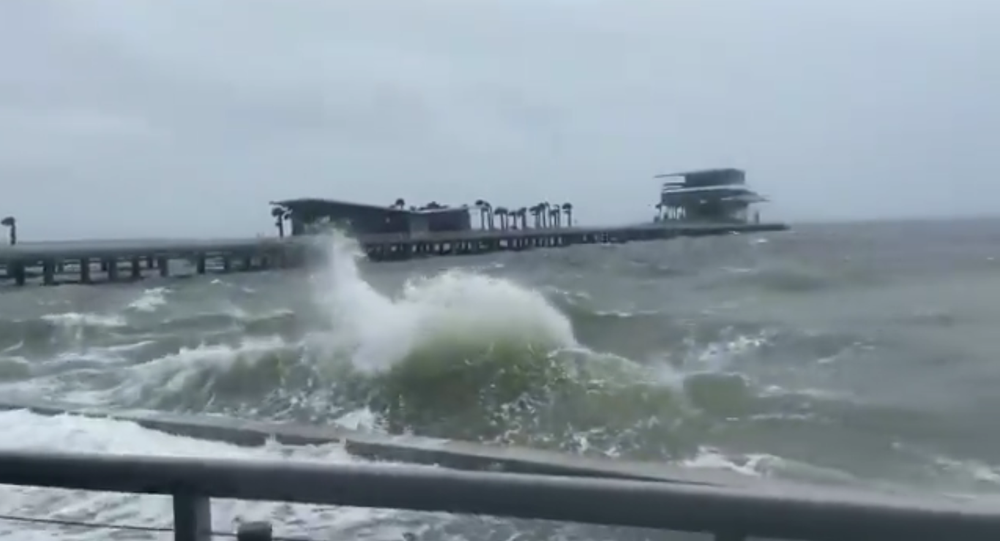 Hurricane Eta, initially rated as a Category 4 cyclone, pummeled much of Central America in early November and brought heavy rains that prompted massive flooding and landslides in the region. Declared the 28th named storm of the 2020 Atlantic hurricane season, Eta killed over 100 individuals before eventually downgrading into a tropical storm.

A combination of strong winds and heavy rains brought onto the northeast Florida coast by Tropical Storm Eta have provided archaeologists and history buffs quite the mystery after unearthing a shipwreck that officials say dates back to the 1800s.

The shocking discovery was initially on Saturday morning made by local resident Mark O’Donoghue under a dune at Crescent Beach, in Florida’s St. Augustine. However, it wasn’t until Sunday that the curious find prompted a call to the St. Augustine Lighthouse Archaeological Maritime Program (LAMP).

Following a preliminary investigation of the site, the organization is working under the belief that the vessel may have been an American merchant ship from the 1800s, as the majority of all known shipwrecks at that time were participating in the trade business in the region.

“Everything we’ve seen on it so far fits that hypothesis; wooden planking, wood timbers, iron fasteners,” Chuck Meide, LAMP’s director, said in a statement accompanying the organization’s release on the find. “They look quite similar to other ships from the 1800s that we have seen.”

As for figuring out the ship’s name or when it may have met its end, officials say it may not be quite as easy to determine.

LAMP archaeologist Nick Budsberg speculated to Florida station WTLV that the ship may have been purposely wrecked. "It might have been at the end of its life, and they ran it up on the beach and called it a day. Or it is possible it wrecked further out to sea and a portion of the ship made it to the beach,” he said.

Closer examinations of the ship have revealed that it was also burned, which has prompted officials to consider that it may have been set on fire as a way to salvage metal scraps that could be sold.

Courtesy of Chuck Meide, LAMP
Dorothy Rowland and Nick Budsberg, both members of the Lighthouse Archaeological Program, examine the shipwreck on Crescent Beach

As the investigation into the wreck continues, LAMP has indicated that its team will carry on with survey work and conduct examinations of timber and ironwork samples.

“Florida’s maritime past is America’s story as the nation’s oldest port dating back to the Spanish landing in 1565,” Kathy Fleming, the executive director of the St. Augustine Lighthouse & Maritime Museum, said in a statement. “The St. Augustine Lighthouse Archaeological Maritime Program is committed to saving our maritime history and passing these stories on to our future generations.”

Although LAMP has stated that the shipwreck itself will not be recovered from the site, the program has filed paperwork to establish a permanent barrier around the area so to prevent any disturbance of the ongoing excavation, according to the New York Daily News.