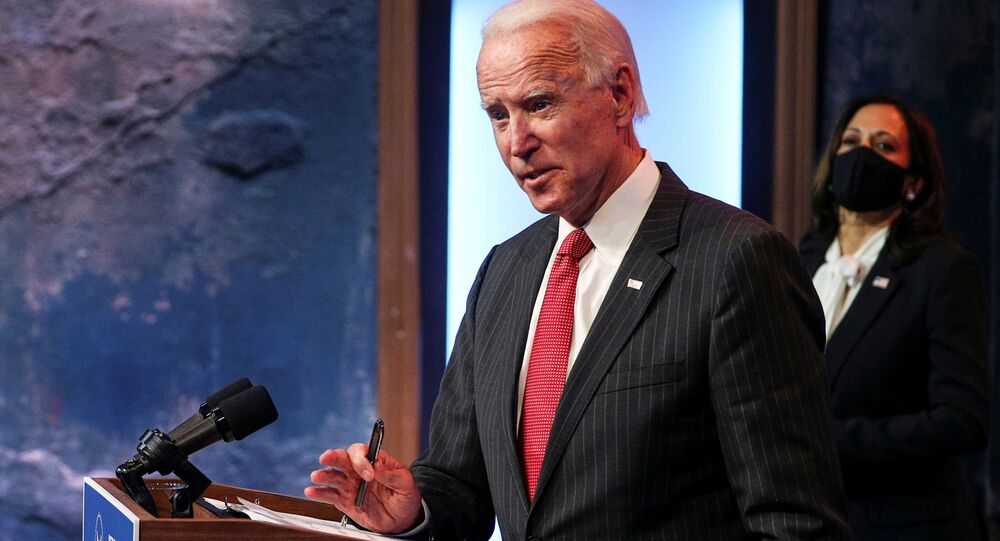 Biden has already named several persons for the top-ranking positions in the projected administration, including the White House chief of staff and secretary of state, to be possibly occupied by Ron Klain and Antony Blinken, respectively.

The US General Services Administration has told Democrat Joe Biden that the transition of power can formally begin, CNN first reported on Monday, citing a letter by GSA Administrator Emily Murphy.

According to the letter, the Biden transition team may access post-election resources and services. There is no further information concerning when the transition will actually begin.

"I take this role seriously, and, because of recent developments involving legal challenges and certifications of election results, am transmitting this letter today to make those resources and services available to you", Murphy said.

BREAKING: GSA head, Emily Murphy, has moved to officially begin transition and give president-elect Joe Biden the resources to transition including $6.3 million. Here’s her letter. pic.twitter.com/Xlv6y6IWvt

Following the announcement, the Biden team issued a statement saying it will conduct meetings with federal officials in the upcoming days to primarily touch upon the pandemic response and national security interests. Biden transition executive director Yohannes Abraham added that the transitional team wants to "gain [a] complete understanding of the Trump administration's efforts to hollow out government agencies".

Meanwhile, incumbent President Donald Trump says he believes in his team and will continue to fight election fraud and impropriety in the 2020 presidential election. However, he is recommending the GSA head to "do what needs to be done" concerning the transition of power.

...fight, and I believe we will prevail! Nevertheless, in the best interest of our Country, I am recommending that Emily and her team do what needs to be done with regard to initial protocols, and have told my team to do the same.

Earlier, the US states of Michigan and Georgia officially certified Biden as the winner in the presidential race, with each giving him 16 electoral college votes.

Major US media outlets have projected Biden's victory in the 2020 presidential race. President Donald Trump has challenged the vote-counting in several battleground states, insisting that mass election fraud and voting irregularities have taken place there.

"Stopping Poll Watchers, voting for unsuspecting people, fake ballots and so much more. Such egregious conduct. We will win!", the president tweeted earlier on Monday.

The Trump campaign has filed lawsuits contesting the election results and so far, has vowed to continue its fight to ensure all votes are legitimate in this election.