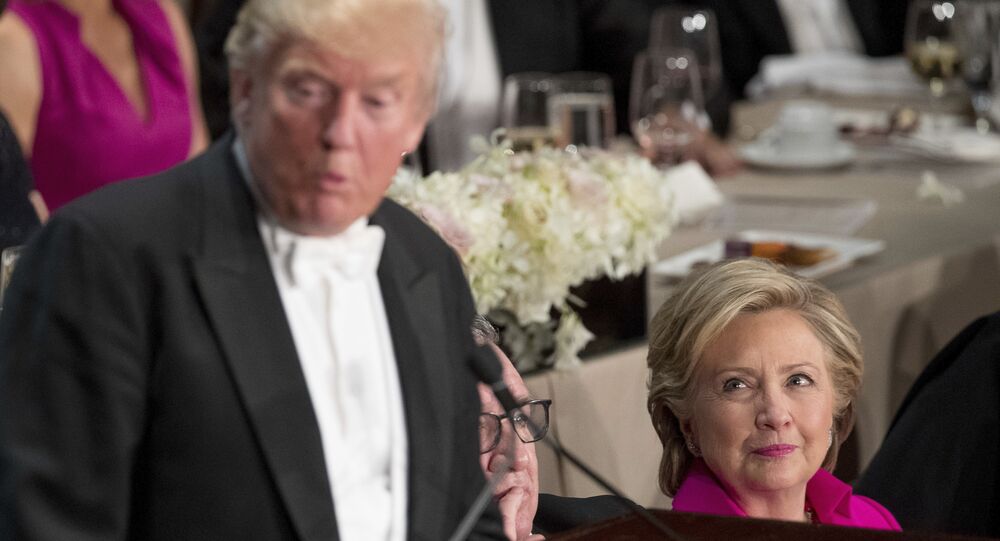 In a year that’s featured guillotines at protests and ever-increasing consciousness of social wealth disparities, perhaps deliberately invoking a term that means “rule by the best” wasn’t the most politically savvy move.

In a stunning moment of honesty, the Washington Post’s editors dropped a story about the attitudes of the US “aristocracy” toward a potential new Joe Biden administration.

With US President Donald Trump losing one state ballot count legal challenge after another, it seems increasingly likely that when the Electoral College’s electors from each state meet next month to cast their official votes for US president, it’s Biden who will come out on top. That has the country’s sociopolitical crème de la crème preparing for a White House whose doors will once again be open to their influences - and being a bit too honest about their enthusiasm.

“Washington’s aristocracy hopes a Biden presidency will make schmoozing great again,” read the original headline of a Monday story by Roxanne Roberts in the DC paper’s Style section. However, not long after the story went up, someone clearly realized the horrible optics of the headline and quickly changed it to say “Washington’s establishment” instead.

They quickly changed it to "Washington's establishment." Someone must've worried how the plebes might react: https://t.co/jeSd7v4FIm pic.twitter.com/EyHPWU35uU

​After all, it was only a few months ago that protesters demonstrating against Amazon CEO - and Washington Post owner - Jeff Bezos’ record profit-making amid skyrocketing poverty under the COVID-19 pandemic brought to his DC abode a facsimile of a guillotine, the French Revolution-era head-chopping device on which many an 18th-century marquis met their gruesome end.

Protesters build a guillotine outside of Jeff Bezos’s house. Yesterday the Amazon billionaire was reported to become the first man worth $200 billion. pic.twitter.com/tY1wb0F1uj

​Despite the headline shift, the text of the article continues to refer to “the aristocracy of this city,” noting the elite policy influencers in a city that voted 93% for Democratic candidate Biden earlier this month are delighted at the idea of being able to flex those lobbyist muscles once more.

One “influential Republican hostess quoted in the story - who notably spoke anonymously - told the paper that the Bidens “know how to get around Washington, how to be a part of the establishment, how to make it work for them in their everyday lives. People who have always enjoyed the Washington scene are yearning to get back to that, have some semblance of what they enjoyed so much before. There are a lot of Republicans who sat out the Trump years and bit their tongues for four years who are thrilled to have Biden.”

However, it’s not the would-be Jacobins that these patricians seem to fear: according to the story, it’s another four years with a chief executive who spurns their parlors’ rarified air.

“For the last four years, the tone from the White House was contemptuous of Washington, dismissing the permanent establishment - the longtime politicians and former administration officials who call it home - as the ‘swamp’ or ‘deep state,’” the Post opines. “The social arbiters, traditionally respectful of a new administration, quickly found themselves between a Trump and a hard place: To invite or not to invite?”

However, the Post isn’t the only paper worried about the opinions of US elites in a post-President Trump world. Earlier this month, a CNN story speculated about the future social life of Ivanka Trump and Jared Kushner, noting that “Jared and Ivanka are poised to return to a Manhattan social scene that no longer welcomes them.”

Then on Friday, the New York Times ran a story elaborating on the likelihood of Ivanka getting kicked out of galas and being forced to buy clothes at retail in New York, “where the performative distaste for the couple is unsurpassed,” after she and her husband went to work as unofficial advisers for her father in the White House.