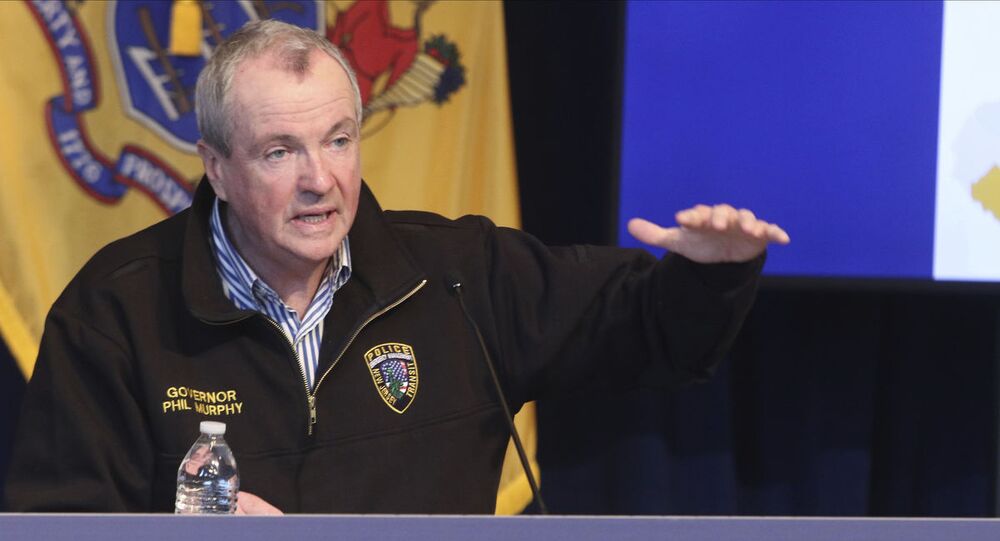 On 22 November, Governor Murphy extended the public health emergency in the state, allowing him to deal with the rising number of coronavirus infections via executive actions. The average number of daily cases in the state for the past week stood at more than 3,500, compared to 900 cases a day in October.

It appears that New Jersey Governor Phil Murphy will avoid cafés and restaurants and order only takeaway after having an unpleasant encounter with two female voters during a family dinner. A video uploaded on social media shows the maskless governor being confronted by two women, who apparently accused the governor of hypocrisy.

The footage shows Murphy dining with his wife and children in a café. One of the women says "hey, how are you doing?" before the other angrily attacks the governor:

One of Murphy's sons asked the woman whether she was drunk and then asked her to put her mask on. To that the woman retorted:

The governor's son then compliments the woman's phone case. "I like your Trump phone case", he tells the woman and then says that the Republican likes his dad.

However, the woman disagreed. After a short debate the ladies left, with one of them saying:

Towards the end of the video Govenor Murphy and his daughter put on masks.

WATCH: New Jersey Governor Phil Murphy is confronted while having dinner with his maskless family. pic.twitter.com/UvQl1t2Uvb

​The video received a torrent of comments when it was uploaded on social media. Some users sided with the female protesters accusing the official of hypocrisy.

He's the one who issued orders for people to wear masks at the Thanksgiving tables between bites.

​Others defended the governor saying it was unacceptable to insult the official and noted that he did not violate any coronavirus safety rules.

I'm no fan of Murphy - but to curse out anyone right in front of their family while eating dinner, is completely disrespectful and humiliating.

No masks required if you are sitting down eating, no violation

​The wearing of masks is not required when one is eating at a restaurant in New Jersey. However, Phil Murphy has repeatedly urged the state to limit public outings, including going to restaurants and cafés, to prevent the spread of the coronavirus as New Jersey has seen a dramatic increase in cases this month.

Whhaaat! Lizard Wearing A Mask? Netizens Find It Unbelievable Until It Trends Online