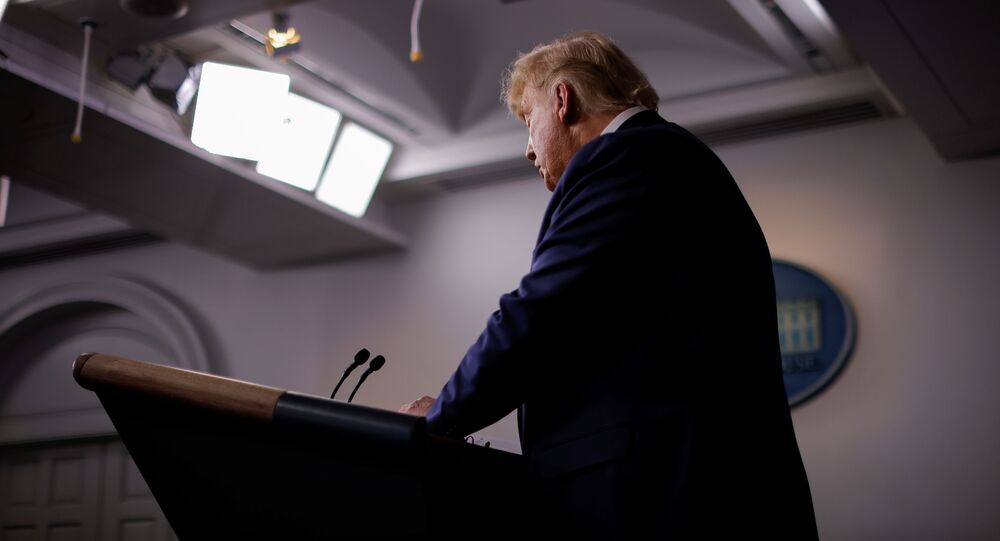 MOSCOW (Sputnik) - US Senator from Alaska, Republican Lisa Murkowski, called on President Donald Trump to begin the transition process to a new administration.

“President Trump has had the opportunity to litigate his claims, and the courts have thus far found them without merit. A pressure campaign on state legislators to influence the electoral outcome is not only unprecedented but inconsistent with our democratic process. It is time to begin the full and formal transition process,” Murkowski said in a statement published on Twitter Sunday.

​It was of paramount importance to uphold US citizens’ faith in the electoral system and the integrity of the process, the third-term senator said.

© CC BY 2.0 / Flickr
#KrakenOnSteroids: Twitter Ripped as Powell Reacts to Trump Team Move to Distance Itself From Her
Murkowski, a moderate Republican who doesn’t always vote strictly along party lines, emerges as a rare voice from the conservative side calling on Trump to concede. Other senior Republican figures have tentatively sided with the president.

US broadcasters have by and large declared Democrat Joe Biden the winner of the 2020 presidential election campaign after razor-thin margins in key swing states kept the victor unclear for days.

Trump has called into doubt the results and legal teams across various districts have filed numerous lawsuits to invalidate the results, most of them unsuccessful. He has so far refused to work with the Biden team on a transition process, as is traditional in the White House during changes in leadership.