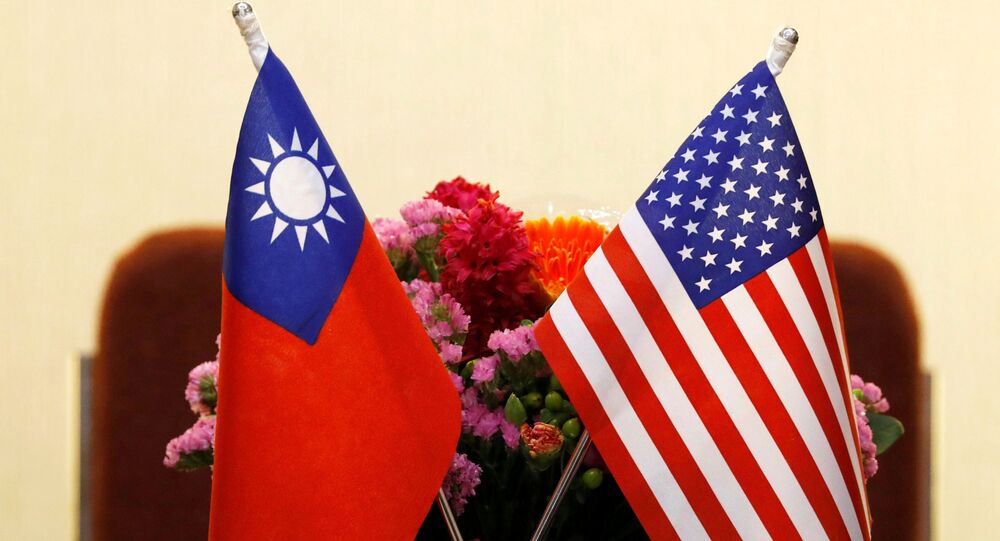 According to Reuters, US Rear Admiral Michael Studeman paid an unannounced visit to Taiwan in a move that is thought be some to likely prompt criticism from Beijing. The Pentagon reportedly has declined to comment.

A two-star US Navy admiral in charge of American military intelligence in the Asia-Pacific region visited Taiwan without announcement, Reuters reported on Sunday, citing unnamed sources claiming to be familiar with the situation.

The anonymous sources, said to include an unnamed Taiwanese official, said that the visitor was Rear Admiral Michael Studeman, a director of J2 at the US Indo-Pacific Command.

According to the report, The Pentagon and the Taiwanese Defence Ministry, when approached by Reuters, declined to comment on the alleged visit. Taiwan's Foreign Ministry reportedly confirmed that a US official arrived in Taiwan but did not elaborate, only noting that the visit was not made public.

"China is firmly opposed to any official exchanges between the United States and Taiwan", Chinese Foreign Ministry Spokesperson Zhao Lijian said on Friday.

Beijing considers Taiwan to be a part of China, while Taiwan refers to itself as Republic of China (ROC). Beijing is highly critical of countries engaging in official relations with Taiwan, consistently claiming its "One-China" principle is rule of law for the island. The policy claims that only one sovereign state can be named "China".

The United States, on the State Department website, notes that the US "enjoys a robust unofficial relationship" with Taiwan, noting that it "does not support Taiwan independence" and insisting it "provides no development assistance to Taiwan". US Secretary of State Mike Pompeo recently claimed, however, that both Democrats and Republicans in the US recognise Taipei as being separate from mainland China.

During the year, two US officials have visited Taiwan; the Under Secretary of State for Economic Growth, Energy, and the Environment, Keith Krach, and Health Secretary Alex Azar.