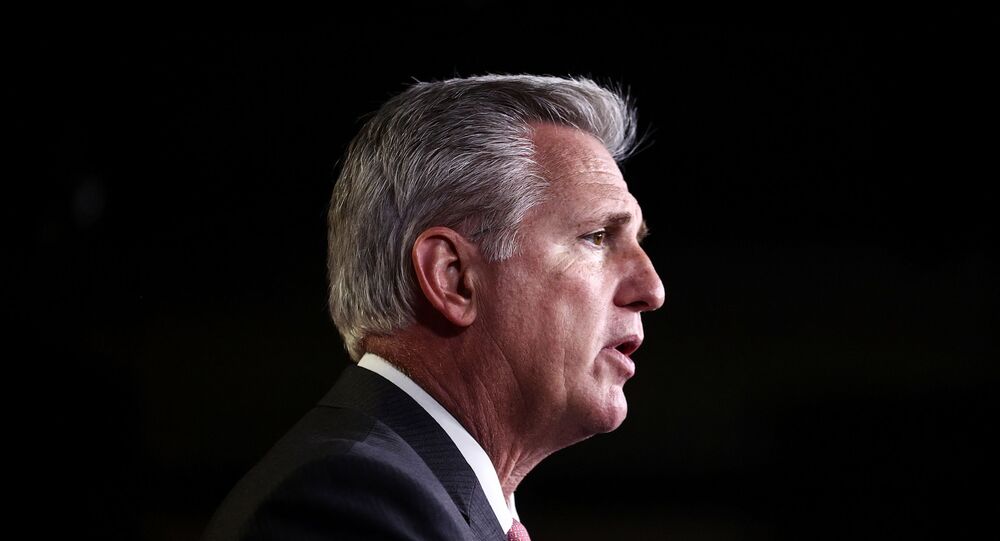 Elections for the US Congress were held 3 November, concurrent with the presidential election. According to media reports, Democrats were expected to expand their majority in seats, yet confounding expectations, Republicans gained back many of the seats lost in 2018 House elections.

The House of Representatives' Republican leader, Kevin McCarthy, stated in a Sunday interview with Fox News that he is satisfied with the surprisingly strong results of the November election for the GOP, arguing that Americans rejected the "socialism" of the Democratic Party, as Republicans made "great gains".

“This will be the closest of a majority that at any time since World War II and really, nobody saw this coming,” McCarthy said. “The American people have now rejected Nancy Pelosi and the Democrat socialist policy."

McCarthy was reelected as Lower Chamber Minority Leader in the 117th Congress, reportedly raising over 106 million dollars campaigning in 33 cities over the last weeks before the election. While Democrats have kept their control of the House, Republicans gained ground, picking up new seats.

According to Fox's Maria Bartiromo, the “House GOP flipped at least 12 seats with major victories for incoming women, veterans and minorities”.

“We've had more women than at any time serving in Congress,” McCarthy commented on the remark. “The Republican Party really made great gains, not only did we flip 12, there are four more races out there and we're ahead in all four of them so I expect as the week progresses it will end up somewhere around 212, 213 seats, it only takes 218 for a majority.”

In McCarthy's opinion, the Democrats lost because “their agenda to defund the police just didn't play.”

It was reported that members of the Democratic Party in Congress have since tried to distance themselves from anti-police and "socialist" rhetoric following the party's underperformance in the elections, but left-wing activists such as the Justice Democrats group, have reportedly aligned with representative Alexandra Ocasio-Cortez and some lawmakers intend to push the party further to the left.

The Justice Democrats and the other left-wing groups within the party signed a memo in November urging that they embrace the Black Lives Matter movement.

Quoting McCarthy's comments to the contrary, Republicans “had a commitment to America, to make our streets safe, to defeat this virus, to rebuild our infrastructure, to end our dependency on the China infrastructure”.

“That's the agenda we will move forward and we'll be looking to get five to six more Democrats to join with us and then we'll be able to run the floor”, he continued. “The next two years are going to be about the Republican commitment versus the Democrat’s agenda".

He added that Democratic Party policies "defunds the police” and “discredits the American public.”

The Minority leader predicted that Republicans “will gain the majority next time and we could actually run the floor this time through our commitment to America.”

Democrat and Speaker of the House, Nancy Pelosi, however, was again tapped by Democrats to continue in the post for the next two years. She was chosen without opposition.

According to reports, Democrats are expected to maintain their majority in the House of Representatives, but it will be the slimmest margin in two decades, for either party.

The full House is expected to elect the speaker during its first convention on 3 January. To win, the candidate for speaker requires an outright majority of the entire Lower chamber, at least 218 votes out of the 435 total.