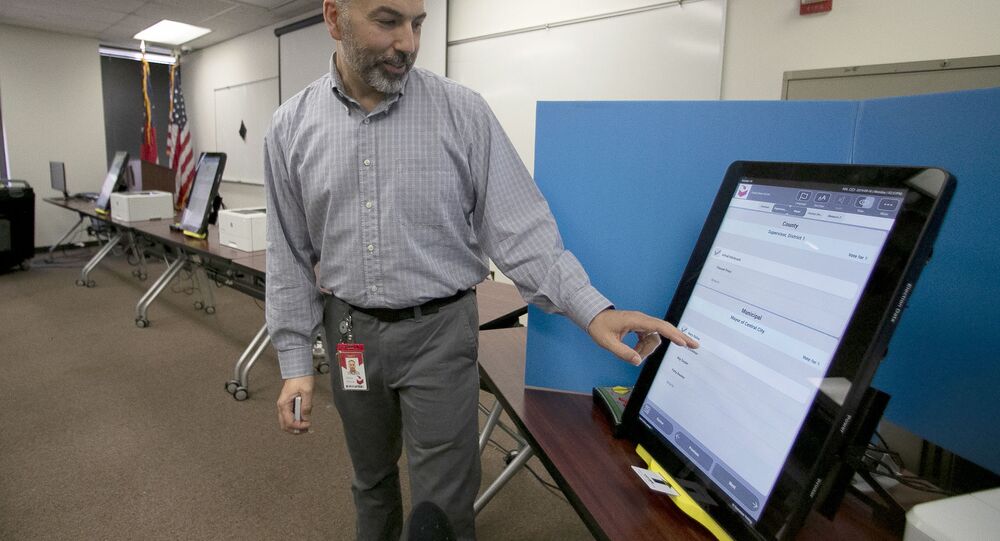 'Not Physically Possible' to Switch Votes From US Election Candidates, Dominion Spokesperson Claims

US President Donald Trump is projected to lose the general election to Democratic candidate Joe Biden. Supporters of the sitting president and his campaign have continuously leveled accusations of voter fraud relating to what they claim to be foreign funding of ballot machines which switched votes away from the Republican candidate.

A spokesman for Dominion Voting Systems Corporation has announced that it is "not physically possible" to switch votes from one candidate to another, responding to claims by the Trump campaign that the company's voting machines switched votes from Trump to Biden in the 3 November election.

“This is a nonpartisan American company. It is not physically possible for our machines to switch votes from one candidate to the other”, Dominion spokesman Michael Steel stated said to Fox News' 'America’s News HQ' on Sunday.

Steel stressed that the election system is run by local elected officials and "nonpartisan poll watchers" and the company only provides "a tool to count the ballots and to print and count ballots".

“There is no way such a massive fraud could have taken place and there are no connections between our company and Venezuela, Germany, Barcelona, Kathmandu, whatever the latest conspiracy theory is," he added.

Fox News’ Eric Shawn questioned Steel on how certain he could be that the voting machines were secure.

Steel explained that when a voter places their vote on a Dominion machine, "they fill out their ballot on the touchscreen, they are given a printed copy which they then give to a local election official for safekeeping".

You should check out this interview today on fox!🤭😂😂😂😂😂 https://t.co/qlXcknhekM

​A lawyer for Trump's election campaign, Sidney Powell, claimed during a press conference last week that widespread voter fraud had taken place, accusing Dominion of having ties to the Venezuelan government.

Hey @Letter_to_Jack come and see your people Rudy Giuliani and Sindey Powell spinning conspiracy about Hugo Chavez and George Soros working together to steal millions of votes via voting machines and software.

​Trump has repeatedly claimed that the company's voting machines changed votes from him to Democratic candidate Joe Biden, who is the current projected winner of the 3 November US presidential election.

Trump's campaign demanded recounts in every state using the Dominion Voting Systems vote-tallying machines, claiming that they “flipped” on one instance of 6,000 votes in one of Michigan's counties, from the Republicans to the Democrats.

​Other claims of fraud include deceased people's votes, as well as doubting about the integrity of the long-standing US practice of voting by mail, which surged this year due to the coronavirus pandemic.

Vote recounts in Georgia ended two days ago and verified the Biden victory in the state. As Trump continues to deny the projected outcome, his campaign filed another suit in Georgia to carry out another recount.