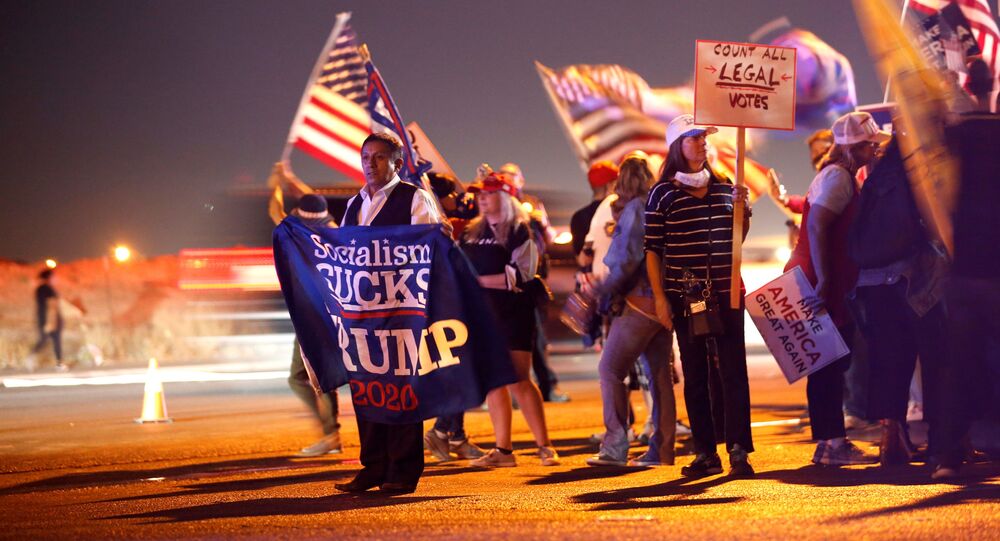 Earlier, a hand audit of ballots was launched in Georgia after unofficial results had shown Democrat candidate Joe Biden leading the race in the traditionally red state by about 14,000 votes.

Watch a live broadcast from Atlanta, Georgia, where Trump supporters are rallying over the presidential election results. Counter-protests are expected to take place as well.

On Thursday, Georgia's secretary of state Brad Raffensperger announced that the recount was completed and that Joe Biden won Georgia's 16 electoral college votes by a lead of more than 12,000 votes.

Donald Trump has not yet officially conceded to Biden as his legal teams have filed several lawsuits alleging fraud during the 3 November elections.​