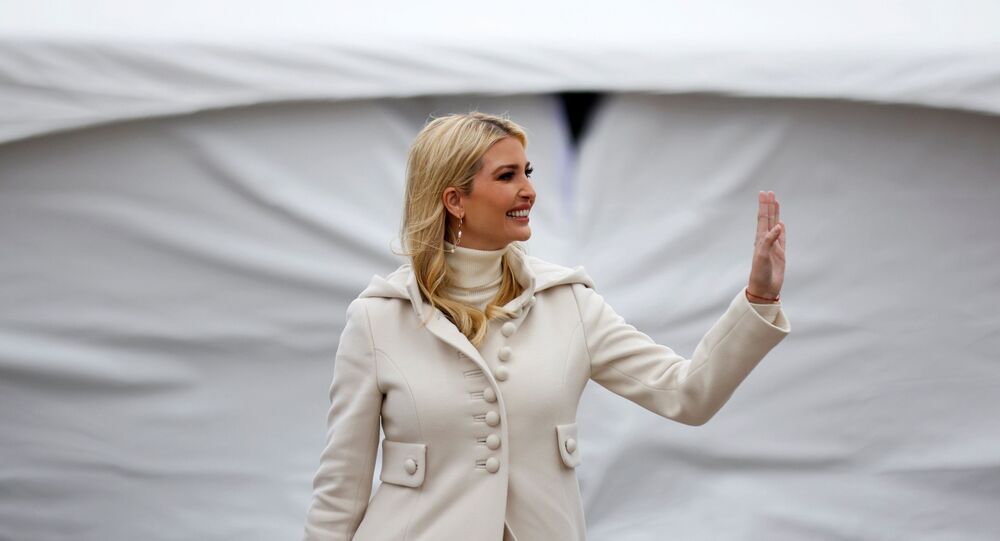 The New York Times recently proclaimed that Donald Trump has been avoiding paying taxes for years, citing the President’s financial records. The paper’s new report suggests that authorities are now investigating whether Trump could have also claimed a deduction for his daughter in a bid to reduce his tax exposure.

Donald Trump’s eldest daughter, presidential adviser Ivanka has fumed over the New York Times’ recent report about “fraud” investigations into the president’s business activities that are said to have links to her name.

“This is harassment pure and simple,” Ivanka Trump wrote, sharing the New York Times’ report that was published on Thursday under title “Trump Tax Write-Offs Are Ensnared in 2 New York Fraud Investigations.”

“This ‘inquiry’ by NYT Democrats is 100% motivated by politics, publicity and rage,” Ivanka continued. “They know very well that there’s nothing here and that there was no tax benefit whatsoever. These politicians are simply ruthless.”

The White House adviser then shared another NYT article from December 2018 about New York’s Attorney General Letitia James’s personal attacks on Trump and her accusations that the president’s family has been engaged in “money laundering”.

This fishing expedition is very clearly part of a continued political vendetta ⤵️https://t.co/Gw0IKOWdeQ

The Subject of Reported 'Fraud' Investigations

The investigators are now looking into Trump’s consulting fees, the publication claims, suggesting that the president has sent $26 mln in fees in the past ten years to unidentified consultants, which has effectively reduced his tax exposure.

According to the article, some of these payments could have been made in Ivanka Trump’s name, including a $747,622 payment from a co-owned consulting company, with the newspaper citing matching sums between the received fee and claimed tax deductions filed by the Trump Organization in relation to hotel projects in Hawaii and Vancouver.

The two independent probes have now issued subpoenas to the Trump Organization to investigate the paid fees, the NYT said, citing people familiar with the matter.

Counsel from the organisation Alan Garten echoed Ivanka Trump’s resentment, calling the development “the latest fishing expedition in an ongoing attempt to harass the company”.

Trump, meanwhile, earlier described investigations into his taxes as “the greatest witch-hunt in history”.

In September, the New York Times reported that Donald Trump’s “taxes show chronic losses and years of tax avoidance”, claiming that the president paid only $750 in federal income taxes in 2016 and “no income taxes at all in 10 of the previous 15 years”, due to reported losses.

The US president branded this report “fake news.”