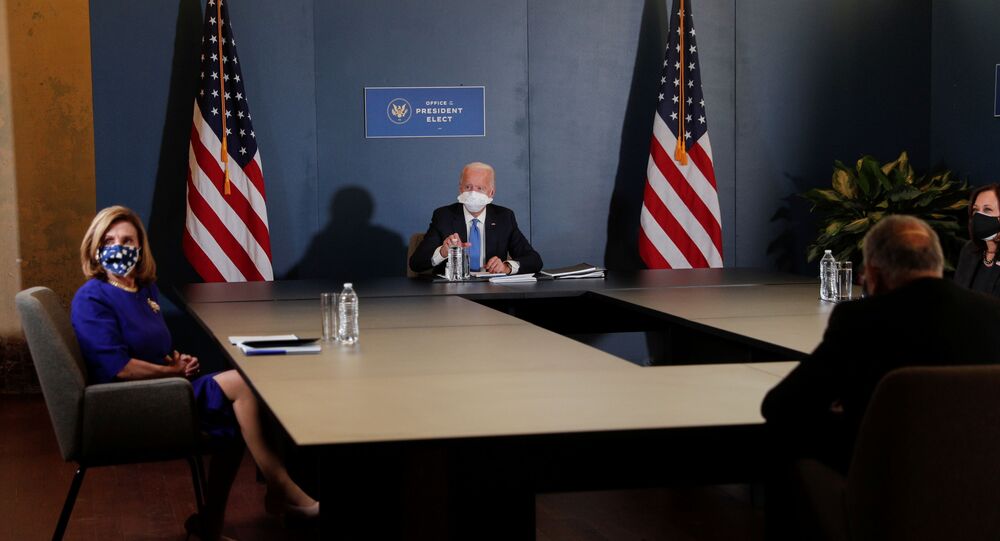 While some netizens focused their attention on Biden's rendition of the phrase in question, others simply didn't appear eager to see him become the next POTUS.

Having met with House Speaker Nancy Pelosi (D-Calif.) and Senate Minority Leader Chuck Schumer (D-NY) in Wilmington, Delaware, US presidential candidate Joe Biden has told them that they would have "plenty of sway in his White House", as the New York Post puts it.

According to the newspaper, Biden ended up "butchering" a Spanish phrase: "mi casa es su casa" (your house is my house) while trying to get his point across, saying instead "in my Oval Office, mi casa, you casa".

Quite a few social media users did not seem to be particularly amused by Biden's rendition of the phrase.

Racist and patronising. "Su casa" is correct as we all know. Biden "Anglocized" this hackneyed phrase that Anglos use amongst themselves. His Whiteness knows no bounds.

Biden "me casa, you casa"
Dem operative "lets go. out out out"
Don't ask the dementia patient any questions. https://t.co/rTzAebOKtF

"me casa, you casa" - Biden pic.twitter.com/RvSYhXnly5

Mr. Biden I believe the correct phrase is “My casa you casa.” Have some respect for the lingo sir.

He can't even speak in English very well.

And there were also those who didn't seem thrilled by the prospects of Biden becoming the next resident at 1600 Pennsylvania Avenue.

lmao the pandering begins. Biden is a clown, and a senile clown who won because of Anti Trump voters/Coronavirus

It’s not surprising that none of them think of the White House as the people’s house. Human filth should have their citizenship revoked and deported.

While Democratic candidate Joe Biden has been projected as president-elect by all major US media in 2020 US presidential election, his rival and current POTUS Donald Trump insists that he is the one who won.

Arguing that the electoral victory was stolen from him via massive fraud and acts of impropriety on behalf of the Democrats,Trump has initiated audits and recounts in several states.