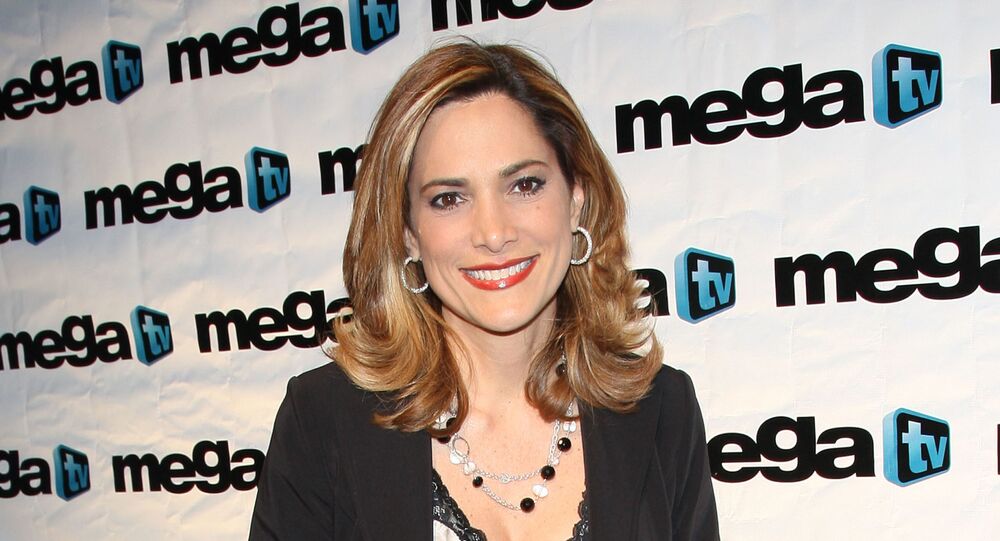 'The Squad' to Meet 'The Force'?: GOP Congresswoman-Elect Salazar to Form Conservative Group

Four representatives of the Democratic Party in the US Congress, Alexandria Ocasio-Cortez, Ilhan Omar, Ayanna Pressley and Rashida Tlaib, women of diverse ethnic backgrounds, under 50, informally refer to themselves as "The Squad". Formed to advocate the progressive views of a "younger generation" in politics, the Squad came to power in 2018.

Republican Congresswoman-elect Maria Elvira Salazar is planning to form her own version of “The Squad” with freshman colleagues in Congress to oppose what she characterizes as the liberal group’s “socialism”, she told NBC news.

“I want to create a force within my freshman class that will have to be reckoned with. A force of reason, a force for freedom, a force for democracy,” she declared.

Salazar’s newly-elected colleagues, Republicans Nicole Malliotakis and Victoria Spartz, supported the idea of forming an informal group they would call “The Force” to interfere with what they refer to as “Democratic socialism” be the liberal group.

“When I hear this Democratic socialism that is being presented within the Democratic Party, I can only tell you that only brings misery, oppression and exile. And how do I know? Because I have lived it and I have covered it,” Salazar said.

According to the New York Post, Malliotakis, of Greek-American decent, is set to represent New York in Congress, agreed with Salazar’s assertion.

“We need to form our own Squad. We have a group of new Republicans who love America. We value freedom, liberty and opportunity,” she said.

Another potential member for the GOP group, Indiana representative Spartz, was born and raised in Ukraine, and has suggested similarities between her home country and the US.

“I grew up in a socialistic country, the Socialist Republic of Ukraine," she said in an interview with Fox News. "I saw what happens when it runs out of money and it is not pretty. And now we’re building socialism. I’m kind of going full circles. I can tell you what is going to be next. It’s very sad for me to see that.”

Commenting on Salazar's statement, a member of "The Squad", Ilhan Omar, appeared to criticize the initiative.

“It sounds ridiculous to me. I think they think they’re in high school. We’re in Congress,” Squad member Omar said in response to Salazar's remarks, cited by NBC News.

Newly-elected congresswoman Salazar is a former journalist of Cuban decent. She is part of what is reported to be the most diverse, in terms of ethnic and social diversification, freshman Republican classes to date, after defeating Democrat Donna Shalala in November to represent a Florida district.

The members of the progressive Democratic Squad were each reelected to their seats during this election. On Capitol Hill they support, among other issues, a Green New Deal, a policy to address climate change and economic inequality in the US. The group's views, characterized by some critics as leaning to a so-called "radical left", has reportedly resulted in clashes between the group and Party leadership.