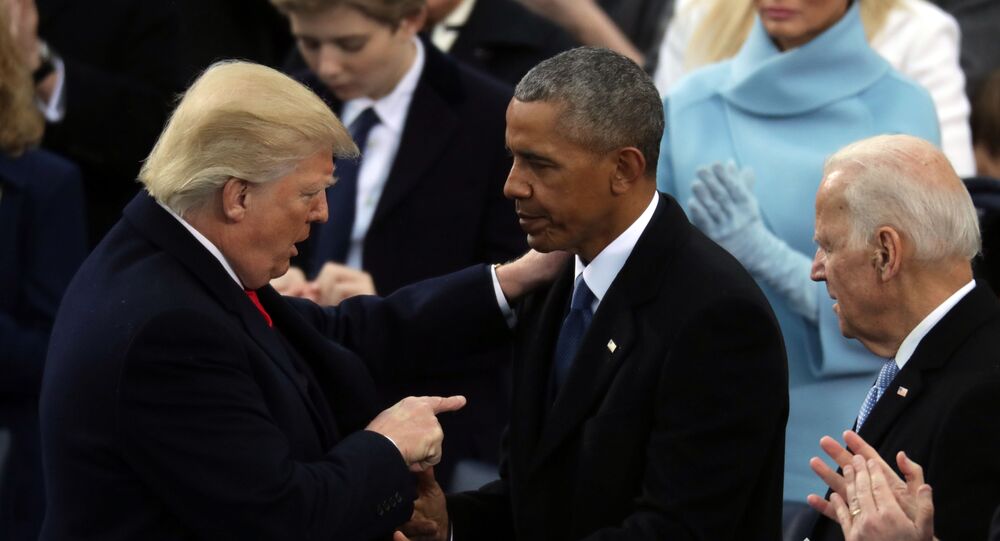 US President Donald Trump has proclaimed himself a winner of the US presidential election, despite the American media now dubbing Joe Biden president elect. POTUS, however, has refused to concede.

Ex-president Barack Obama, who may take a job in Joe Biden’s potential administration, according to reports, fired some shots at Donald Trump during his Thursday appearance on the Jimmy Kimmel Live show, suggesting that the President could be forcefully dragged out of the White House if necessary.

Kimmel, who has been an outspoken critic of Trump, sarcastically asked Obama during the programme whether it was difficult for some hypothetical person to hide in the lobbies of the White House.

“You know the White House well. You lived there for eight years. Are there places someone could hide? Like, if, say, they were going to be removed? Are there little cubby holes or anything that you know about?” Kimmel joked.

Many assumed that Kimmel was referring to President Trump, who maintains that the presidential elections were won by him.

Obama endorsed the joke, bluntly saying through the laugh: "Well, I think we can always send the Navy SEALs in to dig him out."

Earlier a staffer on Biden’s campaign said that the US government was "perfectly capable of escorting trespassers out of the White House,” as results of the election are decided by the American people.

However, Donald Trump insists that the elections were “stolen” from him through fraudulent practices and vote-tampering. His campaign has filed numerous complaints in key battleground states that were called in Joe Biden’s favour by US media, including Georgia and Pennsylvania.

If election results are certified in Joe Biden’s favour in the end, Trump will be forced to leave the White House after Inauguration Day on 20 January.