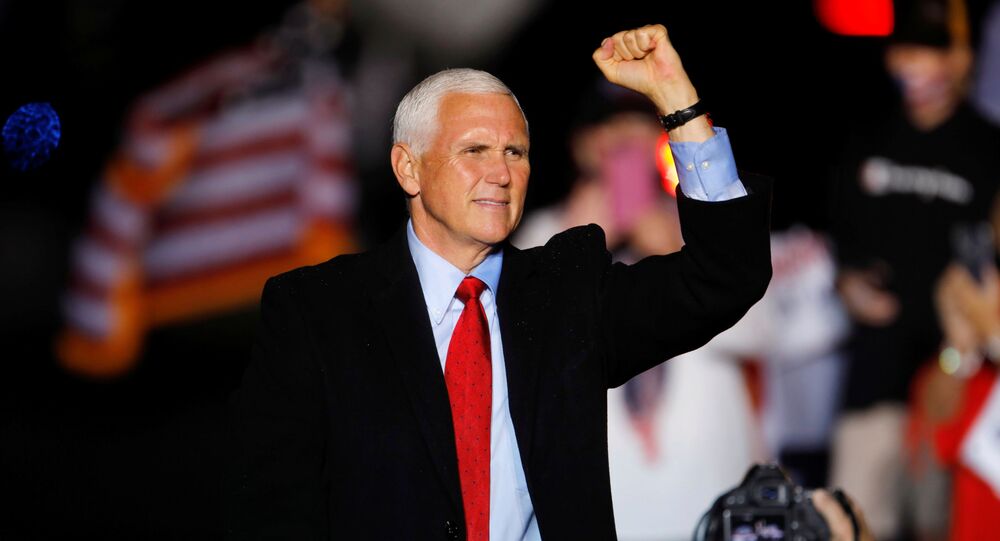 The US Senate election in Georgia was held on 3 November. Since neither candidate received a majority of the vote, there will be two run-off elections in January.

US Vice-President Mike Pence is off to Georgia in a bid to get a large number of voters who would cast ballots for GOP Senators David Perdue and Kelly Loeffler in the 5 January run-off elections, as he announced in a press briefing on Thursday.

Pence will make campaign stops in two of Georgia’s counties – Canton and Gainesville – where Republicans need to earn as many votes as possible if Perdue and Loeffler are to defeat Democrats Jon Ossoff and Raphael Warnock. Pence is expected to gain support for the candidates from independent voters, who cast their ballots for Biden in the presidential election, but are still ready to back the Republican party's bid to retain control of the Senate.

Join us tomorrow in Georgia to help DEFEND THE SENATE so we can send @KLoeffler and @Perduesenate back to a Republican Majority!

​As of now, Republicans appear to have kept their majority in the Senate. Democrats managed to have a net gain of only one Republican seat, so now they need to win the Georgia run-offs to take control of the Chamber and forge ahead with Biden’s legislative agenda through Congress.

Silicon Ranch is investing $55 million in a new solar project in Houston County. This exciting investment will support economic development in #Georgia, while powering homes with low-cost, sustainable energy. https://t.co/jMQsgjTYVP

Georgia election officials released a report on the results of the hand recount, confirming Biden’s lead over Trump in this battleground state. The incumbent is still refusing to concede, and Biden is moving forward with making preliminary appointments to his administration.