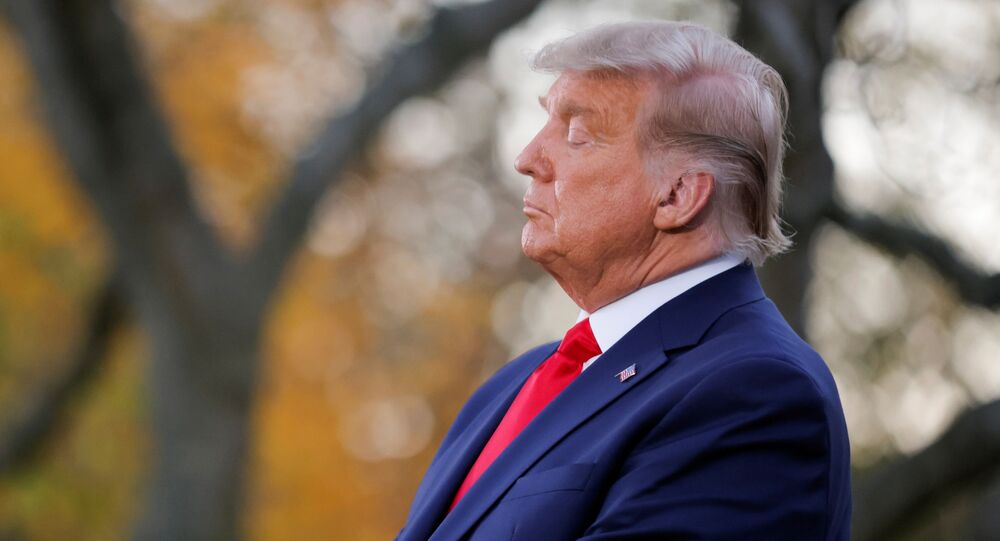 Valerie Jarrett served as a senior adviser to former US President Barack Obama and also co-chaired the incoming administration’s transition team in 2008, as officials prepared for a smooth changing of the guard in the White House.

Jarrett, who is now a senior adviser at the Obama Foundation, told CNBC’s Karen Tso on Wednesday that US President Donald Trump’s refusal to concede the US election to Democratic challenger Joe Biden poses a serious setback for the US.

“Every day that goes by that there is this lack of cooperation, this unwillingness to face the reality of the outcome of the election, puts our country at peril,” she said, underscoring that a hold-up of the White House transition would create a series of delays which could be devastating amid the COVID-19 pandemic.

Trump has not conceded the election and has largely focused his attention on unsubstantiated claims of voter fraud that range from ballots allegedly submitted by deceased voters to legal challenges in battleground states claiming that Republican poll overseers were excluded from counting absentee ballots. The Trump campaign on Thursday was granted a partial recount in Wisconsin’s Dane and Milwaukee counties, after forking over a $3 million payment for the process.

Since the election was called by US media in Biden’s favor, having reached the required 270 Electoral College votes to grasp the US presidency, the transition team has been mostly kept on pause due to the General Services Administration’s (GSA) refusal to recognize Biden’s status as US President-elect.

The GSA’s role in the transition is to turn over millions of dollars in funding to the incoming team and provide access to government officials in an effort to create a smooth transition from one administration to the next. Overall, the acknowledgement by the agency signals a formal winner of the presidential race, outside of the US media’s call.

Biden, in Thursday remarks, stated that he had not ruled out legal action over the stalled transition, explaining that “we’ll get further along by actually working with Republican colleagues now.”

With the results of the election being contested in the middle of a pandemic, Jarrett warned that any transition delay will ultimately have irreversible consequences.

The most recent information from the Trump administration suggests that Pfizer’s COVID-19 vaccine could be ready for mass distribution by April, although it would not be delivered to New York state until cleared by that state's governor.

“There’s a difference between having a vaccine and vaccinating people,” Jarrett said. “And the decisions that are being made by the Trump administration today will be implemented by the Biden administration, they should be privy to those conversations.”

Recalling her time on Obama’s transition team in 2008, Jarrett noted that the administration was able to “hit the ground running” during a global financial crisis due to the “cooperation and support” from the departing Bush administration.

When the Obama administration came into force, the US was deep into its worst economic disaster since the Great Depression, with home values plummeting, retirement accounts depleted and unemployment reaching all-time highs.

Biden has so far vowed that once he is in the Oval Office he will implement a federal mask mandate, work with state officials to enact similar restrictions at a local level, and expand testing and contact tracing through the use of science, among other steps.

The latest data from the Johns Hopkins University indicates that over 11.6 million Americans have contracted COVID-19, with over 251,000 killed. Although the US Centers for Disease Control and Prevention strongly recommend ahead of Thanksgiving that travelers stay home and avoid crowds, officials anticipate that numbers will likely skyrocket during the colder holiday season.