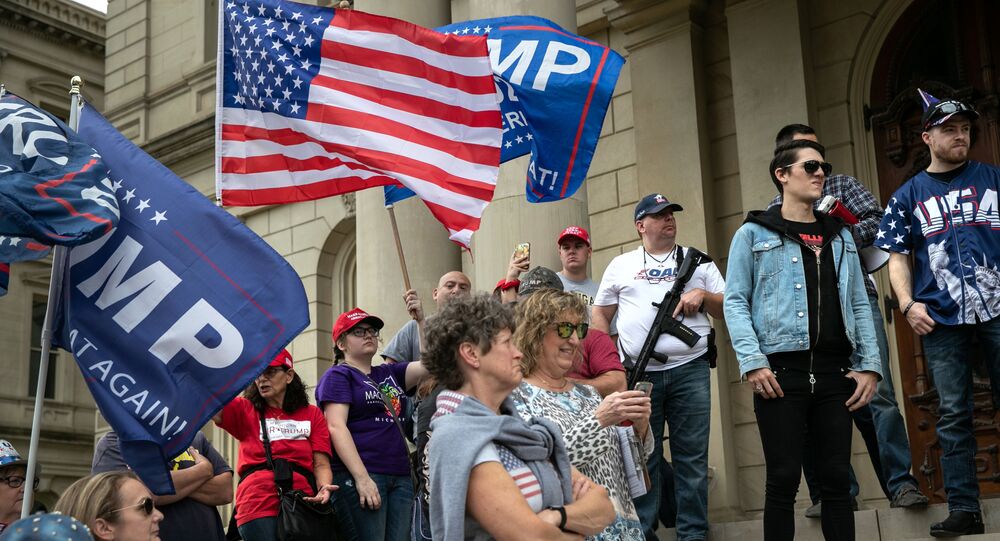 Trump Tweets Vote Fraud in Detroit Has Been 'Rampant' For Years

Earlier, Trump claimed that county election officials in Detroit were intimidated into approving results they believe are false.

Voter Fraud in Detroit is rampant, and has been for many years!

Earlier this week, two Republican members of the canvassing board in Wayne County, Michigan, refused to certify election results for Detroit citing problems with the electoral rolls. The results showed more votes added to Democrat candidate Joe Biden in the battleground state of Michigan days after the election. The two Democratic Party canvassers voted in favour of the results, which put the situation in deadlock.

After accusations of partisanship and racism from the Democrat Party, the Republican canvassers reportedly reversed their decision. President Trump said he believed that they were intimidated into favouring results they thought were false.

More than two weeks after the election, the official results for each state have not been declared while the mainstream US media have already projected Democrat Joe Biden as the winner. The incumbent President, Donald Trump, has not conceded defeat, claiming election violations and pledging to sort them out in court.