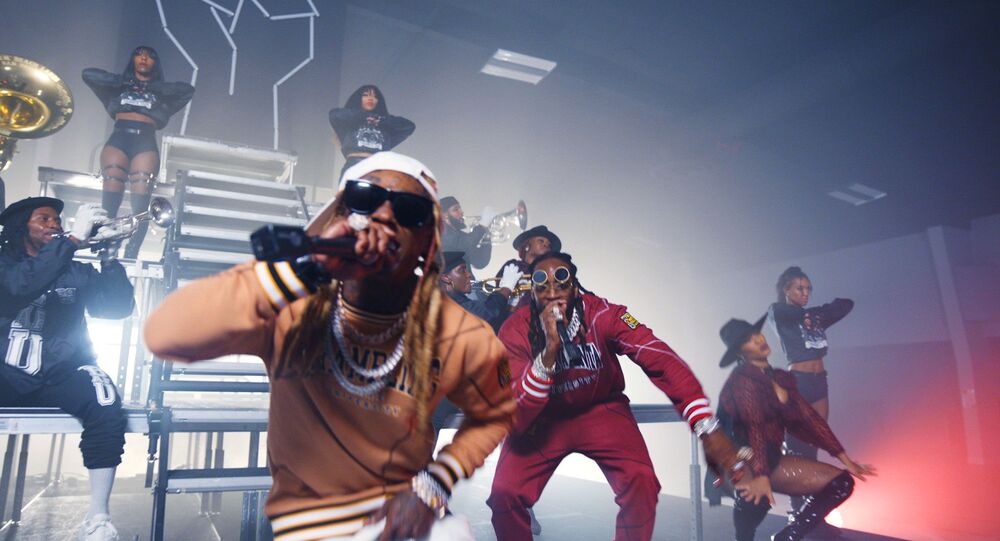 Lil Wayne, who appeared to endorse President Donald Trump's re-election campaign last month, was charged by federal agents in connection with a December 2019 raid on a private jet he was travelling on at Miami's Opa-locka airport. Agents recovered a gold-plated handgun, ammunition, drugs and bundles of cash.

US Rapper Lil Wayne has been charged by federal prosecutors in Florida with illegally possessing a gold-plated pistol and ammunition.

The US Attorney's office for Florida's Southern District charged the hip-hop artist, born Dwayne Michael Carter Jr., with one count of possession of a firearm and ammunition by a convicted felon, his attorney, Howard Srebnick, confirmed to website TMZ.

The charges date back to 23 December, 2019, when federal agents searched a private jet that Carter was travelling on at Miami's Opa-locka Airport. They found a gold-plated .45-calibre pistol, ammunition, narcotics, including heroin, ecstasy, cocaine and marijuana, and almost $26,000 in cash.

The musician, who is banned from owning a gun following his 2009 firearms-related conviction in New York state, claimed that the gun was a Father's Day gift.

The attorney added: "The charge is that because he was convicted of a felony in the past, he is prohibited from possessing a firearm."

US presidents often issue pardons for convicted felons and former close associates who have been imprisoned in the final days of their administration.