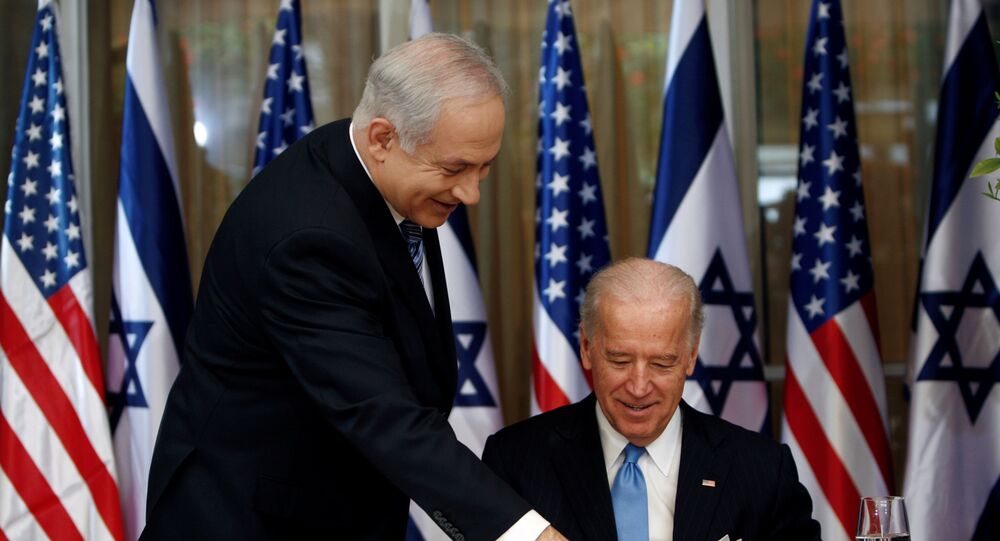 Former vice-president Joe Biden has pledged to break with US President Donald Trump's 'America First' policy, but pundits fear his projected election could see a return to the military interventionist policies of the Barack Obama administration.

Projected US president-elect Joe Biden has pledged his "deep commitment" to Israel's security in a call with Prime Minister Benjamin Netanyahu.

The two men had “a warm conversation” on Tuesday in which Biden “reiterated his deep commitment to the State of Israel and its security”, and Israeli government statement said.

“The two agreed to meet soon to discuss the many issues that are pending and reaffirmed the need to continue to strengthen the strong alliance between the United States and Israel,” it read.

In contrast to earlier comments by Netanyahu, the statement referred to Biden as "president-elect" - despite sitting President Donald Trump's ongoing legal challenge to the election process in several states and the fact that the vote count is not yet been complete two weeks after the November 3 election.

While Biden has pledged to follow a different path to Trump's 'America First' approach to foreign relations, political commentators and his own team have indicated little will change regarding the Middle East.

"He is going to be great for Israel and the region,"  Democrats Abroad Israel vice-chair Elana Sztokman said of Biden late last month.

Blinken criticised the decision as looking too much like a "quid pro quo" for the UAE's normalisation of relations with Tel Aviv and de-facto recognition of the Israeli state earlier this year, which was touted as a major foreign policy coup for Trump.

© REUTERS / KEVIN LAMARQUE
Biden Likely to Be 'More Hawkish' on Foreign Policy Toward Russia, US Senate Ex-Candidate Says
Fears expressed by Trump's opponents on both sides of the partisan divide - and within government departments - that he would use the remaining two months of his current term to pull most of the remaining US troops out of Afghanistan and Iraq were confirmed on Tuesday by acting Pentagon Chief Christopher Miller. The president's sacking of defence secretary Mark Esper and the departure of Syria envoy Jim Jeffrey - who admitted last week to playing a "shell game" on troop numbers to stop Trump ending the illegal US occupation of Syrian oil fields - may be signs of more radical moves afoot.
...
Reddit
Google+
Blogger
Pinterest
StumbleUpon
Telegram
WhatsApp
218