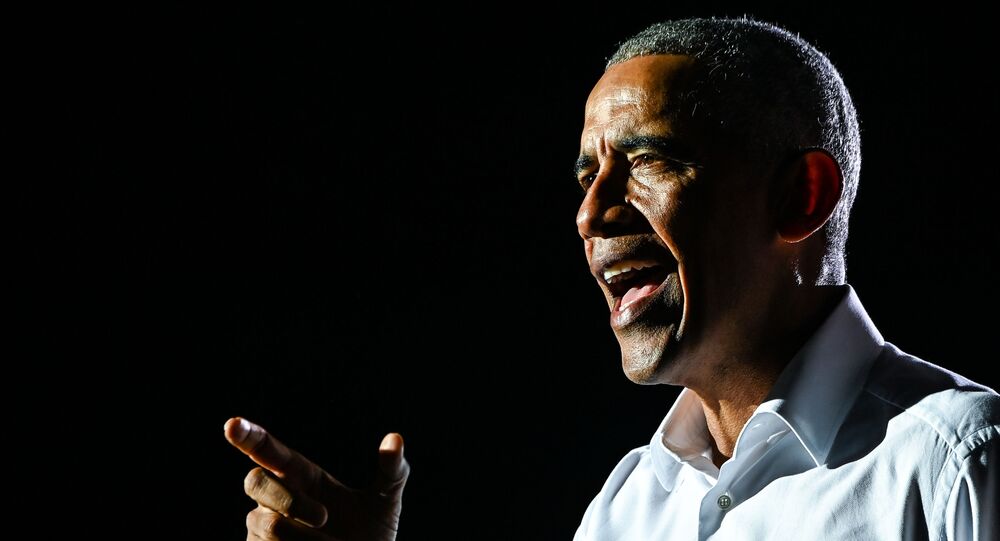 The populist rhetoric of Trump’s 2016 campaign granted him the support of right-wing voters and gave birth to the “Trumpster” phenomenon. Although some argue he exploited the conservative agenda as a means to achieve political goals, one thing is for sure – he has marked a place for himself in history as one of the most unorthodox US presidents.

Trump is a "Richie Rich" type and has never appealed to the traditional idea of American masculinity, Barack Obama told The Atlantic on Monday. The 44th president of the US also noted that "the code of masculinity" that he grew up with dated back to the 1930s and 1940s, and “before that”.

"I think about the classic male hero in American culture when you and I were growing up: the John Waynes, the Gary Coopers, the Jimmy Stewarts, and the Clint Eastwoods, for that matter", Obama said.

Barack Obama stressed out that unlike Donald Trump, “a true man” takes responsibility for his decision and does not complain. He expressed surprise at the Republican Party and its senior members that have served in the Congress for a long time and adhered to certain values, but have now caved “to Trumpian populism”.

© AP Photo / Andrew Harnik
Nod to Trump? Obama Slams ‘Dictators' Who 'Can Do Anything to Stay in Power’

The issue of the media being divided politically was also brought up during the interview. Obama told The Atlantic that “right-wing” media outlets and social media platforms have pushed the populist wave, as the tech companies were not interested in exploring its impact on American democracy.

"I know most of these folks [tech companies]. I’ve talked to them about it… They are making editorial choices, whether they’ve buried them in algorithms or not. The First Amendment doesn’t require private companies to provide a platform for any view that is out there", Obama said. "If we do not have the capacity to distinguish what's true from what's false, then by definition the marketplace of ideas doesn't work. And by definition our democracy doesn't work. We are entering into an epistemological crisis", he concluded.

Earlier, on Sunday, the former US president suggested that Trump should have conceded a day or two after the election. In an interview with CBS News’ 60 Minutes, Obama expressed hope that the incumbent president would be remembered as “somebody who puts country first”.

In 2016, Donald Trump won the Electoral College with 304 votes compared to 227 for Democratic candidate Hillary Clinton. Trump became the first person to become president without any political or military background.