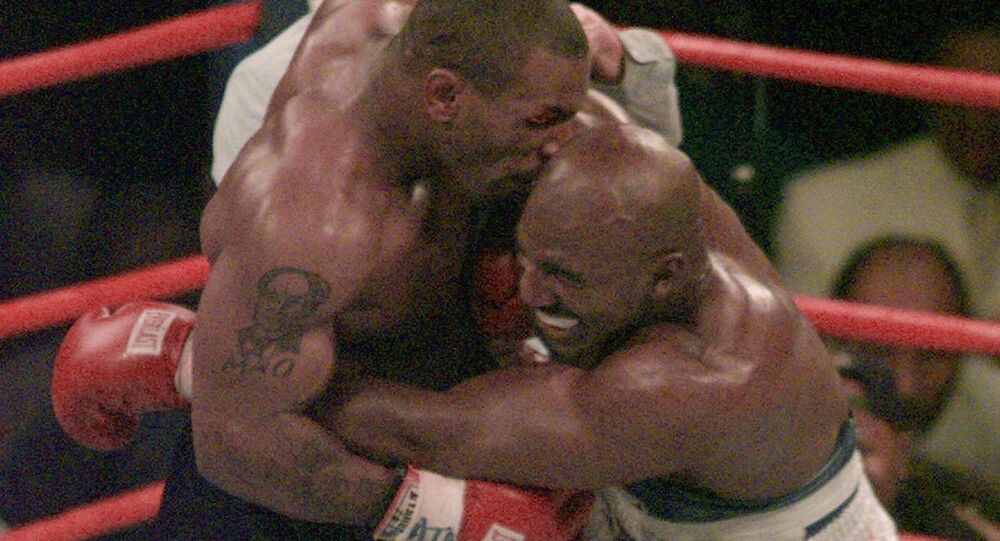 The former WBC, WBA, and IBF world heavyweight champion, who recorded 44 knockouts out of 50 wins during his impressive career, is returning to the ring on 28 November for an exhibition charity fight against Roy Jones Jr.

Mike Tyson lifted the veil on the infamous 1997 fight and said that he bit Evander Holyfield's ear because he wanted to kill him. Holyfield head-butted Tyson during the fight, after which “Iron Mike” lost consciousness and literally drew first blood, the boxer told Fox News.

When Tyson was asked whether he would do it again, the boxing legend said "never ever again" in response, but that he still "might do it… if he [Holyfield] does what he was doing to get bitten".

As of now, Tyson and Holyfield have mended fences and even taken advantage of the incident, appearing in a new Foot Locker advertisement that went viral.

On 28 June 1997, Tyson and Holyfield competed in their second boxing match for the WBA Heavyweight Championship. Holyfield dominated Tyson during the fight, despite going into the bout as the underdog. In the third round, Tyson left his corner without a mouthpiece and bit Holyfield in his right ear after the latter got him in a clinch following a series of attacks. The incident led to Tyson’s disqualification from the match and suspension from boxing, although he managed to have his license restored later.

On 28 November, Tyson will return to the ring to face Roy Jones Jr for an exhibition fight. The eight-round fight will be broadcast on pay-per-view and cost $49.99. Tyson will be producing the fight via his Legends Only League, an initiative he launched to support senior athletes and create sports events.