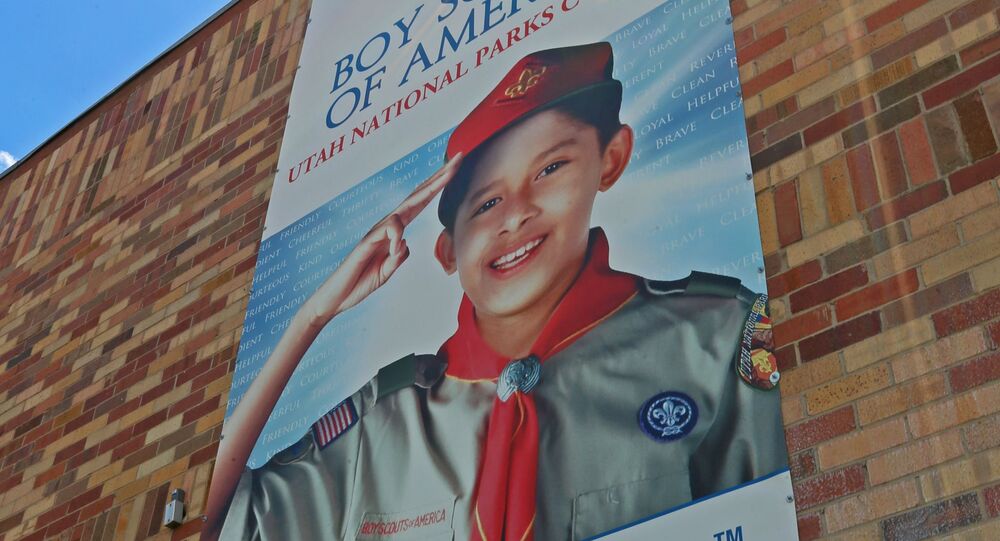 One of the largest youth organizations in the US has been rocked by nearly 100,000 claims of sexual abuse allegedly committed over decades by scout leaders.

By 17 November around 95,000 victims of sexual abuse - that reportedly took place in the Boy Scouts of America (BSA) - came forward with their claims. The lawyer for the victims, attorney Michael Pfau, said that Monday evening was the claims submission deadline for those who wanted to receive compensation from the BSA.

The BSA said they were “devastated” by the number of people who were affected by the abuse and applauded the “bravery of those who have come forward.”

"We are heartbroken that we cannot undo their pain. We intentionally developed an open, accessible process to reach survivors and help them take an essential step toward receiving compensation. The response we have seen from survivors has been gut wrenching. We are deeply sorry," the BSA said.

In order to avoid paying out the settlement claims, BSA has filed for bankruptcy in February 2020. BSA then redirected the claims to a compensation fund, without clarifying how much it planned to spend via this fund.

The mounting number of sex abuse claims caps the roughly 11,000 complaints said to have been filed throughout the years against the Catholic Church.

BSA has been bombarded by sexual abuse claims in the past decade, especially since 2012, when the Los Angeles Times published internal documents spelling out details of abuse. The revealed files identified alleged culprits who held leadership position at the BSA, such as scout masters and troop leaders.

© AP Photo / Tony Gutierrez
File - In this Feb. 4, 2013 file photo, shows a close up detail of a Boy Scout uniform worn during a news conference in front of the Boy Scouts of America headquarters in Irving, Texas.

As several states in the US extended the statute of limitations on allegations of child sexual assault in the past, more cases had been filed against the boy scout organization since 2012.

BSA consists of approximately 2.2 million youth members between the ages of 5 and 21 and approximately 800,000 volunteers in local councils throughout the United States and its territories.

According to BSA, the organization provides for “fun, hands-on learning and achievement that puts kids in the middle of the action and prepares them for today – and for life.”