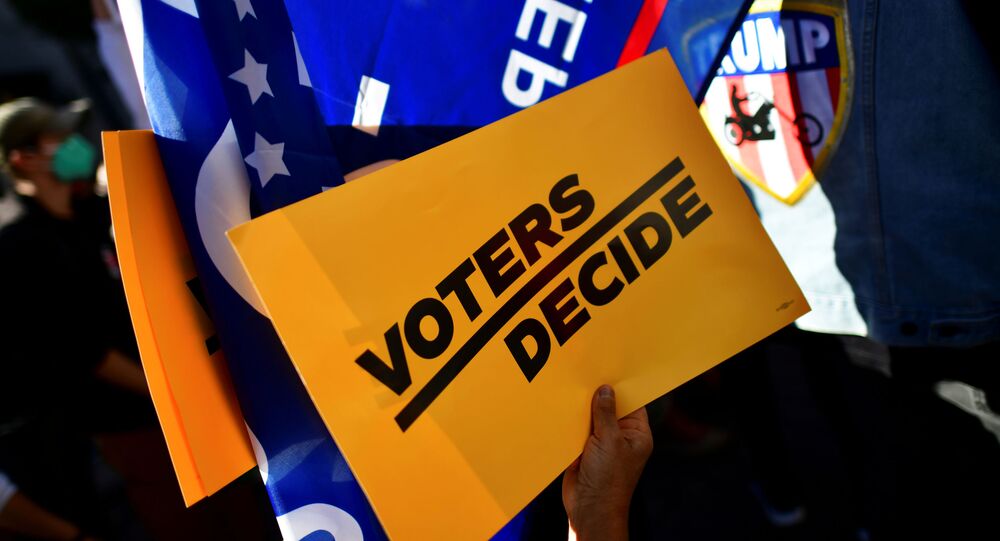 MOSCOW (Sputnik) - The Trump campaign has revised its legal suit over electoral irregularities in the northeastern state of Pennsylvania, giving up a significant part of previous demands, the Washington Post reported on Monday.

In particular, the abridged suit withdrew the claim that the Pennsylvanian electoral authorities had violated the constitutional rights of the Trump campaign's observers by denying them presence during the vote counting, according to the report. The newspaper recalled that US President Donald Trump and his attorney Rudy Giuliani had previously claimed that over 600,000 votes should be recognized invalid because of this in the cities of Philadelphia and Pittsburgh.

The primary focus of the revised suit is reportedly the allegation that the Republican Party was disadvantaged by some Democratic-leaning counties in Pennsylvania allowing voters to fix errors on their mail ballots. The report cited counties as saying that this had affected only a small number of votes.

© AP Photo / Gene J. Puskar
Pennsylvania USPS Worker Says Staff Were Told to Only Deliver Pro-Biden Political Mail From Now On
Whatever the outcome of the new legal challenge, the Democratic Party's attorney Cliff Levine believes that it will not affect the result as it is about only "a handful of ballots," as quoted in the report.

On Friday, a US court of appeals dismissed the Republican Party's claim to invalidate almost 10,000 late mailed votes in Pennsylvania.

Aside from Pennsylvania, the Trump campaign has filed multiple lawsuits in several other states, including Georgia, Arizona, Nevada and Michigan.