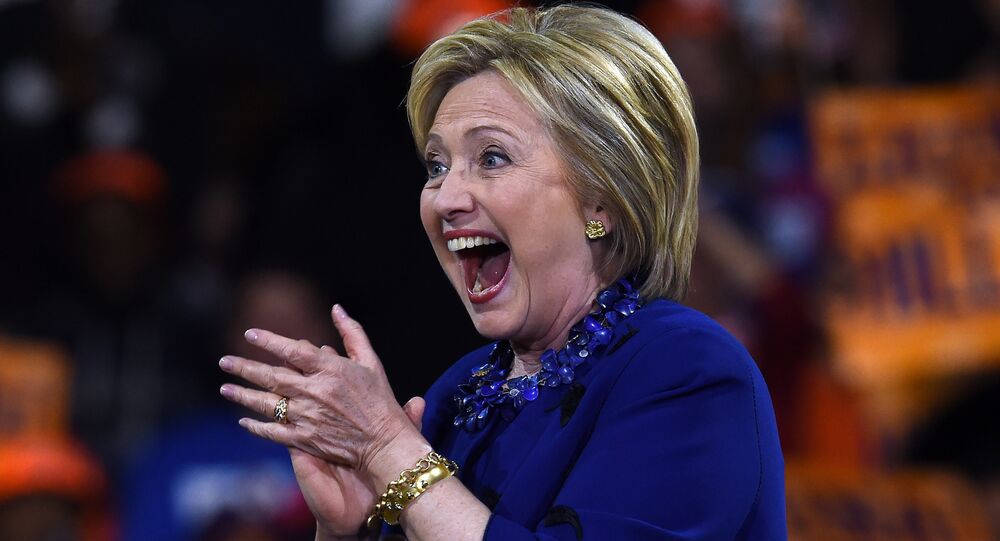 In his book of memoirs, “A Promised Land”, where Barack Obama narrates his two-term tenure as 44th US president, spanning a period from 2009 to 2017, the ex-POTUS offers some brushstrokes to the portrait of Hillary Clinton, who became his first Secretary of State.

Former President Barack Obama has recalled a nickname once given to Hillary Clinton hailing back to the time when the two presidential candidates were pitted against one another in a drawn-out Democratic primary in 2008.

“She's like a f***ing vampire… You can't kill her off,” said David Plouffe, Obama’s aide, according to a new book of memoirs, an early copy of which was cited by the Daily Mail.

In his volume, 'A Promised Land', to be released on 17 November, the country's first African-American leader paints an overall benign picture of Hillary Clinton, who was his first Secretary of State.

There’s no feeling like finishing a book, and I’m proud of this one. In A Promised Land, I try to provide an honest accounting of my presidency, the forces we grapple with as a nation, and how we can heal our divisions and make democracy work for everybody. pic.twitter.com/T1QSZVDvOm

In January 2008, Barack Obama won the Iowa caucuses over the former first lady, ex-president Bill Clinton’s wife Hillary Clinton. The two politicians headed into what would become a drawn-out Democratic presidential primary clash that dragged out until June.

One memorable moment surfaces in the book, hailing to their January 2008 primary debate in New Hampshire.

At the time, Clinton had been seemingly peeved to hear from the moderator that while voters valued her experience, they professed to like Obama more.

“Well that hurts my feelings,” said the-then US senator from New York.

At which point, Obama retorted: “You're likeable enough, Hillary.”

After the quip, which was branded quasi-sarcastic, Obama fended off a backlash. In his book, he explains that he had wanted to make an “overture to my opponent while indicating scorn for the question”.

Ahead of the release of Barack Obama’s memoir, a publishing source is cited by The Sun as revealing that the former president also throws clarity in the 751-page tome on his bitter clash with Hillary Clinton after one of her leading campaign officials attempted to portray him as a former drug dealer.

Obama had previously admitted, in a 1995 book, Dreams From My Father, that he had tried marijuana and cocaine before entering politics. However, Hillary’s New Hampshire co-chair, Billy Shaheen falsely told the media that Obama had peddled drugs.

"Obama describes how Hillary apologised to him for the comment when they bumped into each other as they waited for their campaign planes to take off from a Washington airport," the publishing source is claimed to have said, adding:

"But then she became agitated and started attacking him, claiming Obama's campaign team was engaging in 'unfair' attacks and 'underhanded tactics'."

After the long primary, Clinton endorsed Obama, after which he picked her to be his first secretary of state, setting her up for her 2016 race against President Donald Trump, which the Democratic candidate lost.

Republican Donald Trump became the 45th US president after a stunning victory over Clinton that defied pre-election polling. While Hillary Clinton received 2.87 million more votes than Trump did at the time, the Republican swept up the majority in the Electoral College, claiming key battleground states of Florida, Ohio and Pennsylvania.