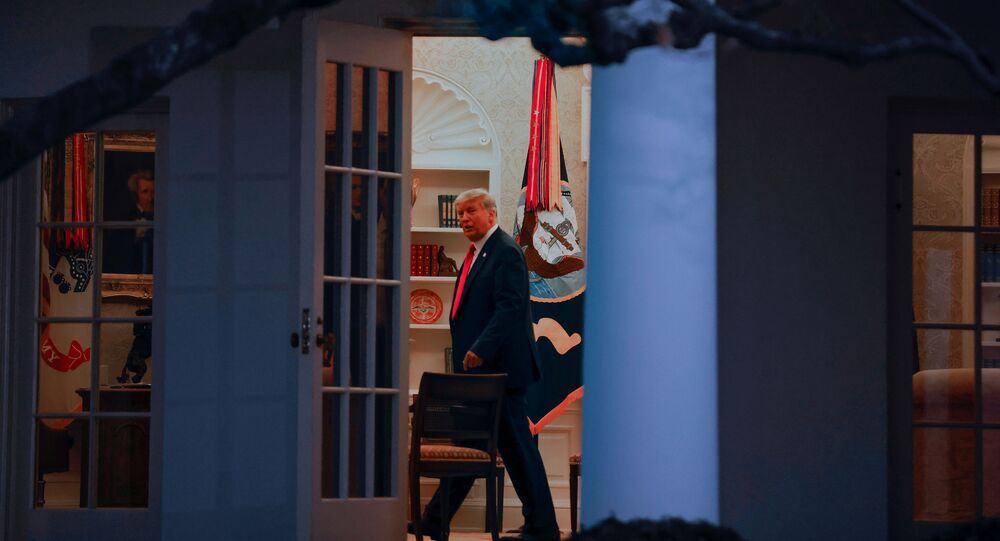 Trump supporters are organising events across the country, including a big MAGA rally in the US capital, which is expected to host a large number of attendees.

President Donald Trump has hinted at the possibility of him joining a rally of supporters scheduled for Saturday in Washington, DC.

The news comes as POTUS is challenging the election results by seeking audits and recounts as well as filing lawsuits in state and federal courts, as he believes the presidential race was rigged to put Democrat Joe Biden ahead.

Heartwarming to see all of the tremendous support out there, especially the organic Rallies that are springing up all over the Country, including a big one on Saturday in D.C. I may even try to stop by and say hello. This Election was Rigged, from Dominion all the way up & down!

If Trump shows up before his supporters on Saturday, it will be his first rally that he has taken part in since Election Day. As of today, major US media outlets have projected Biden to be the next president, though states have not yet certified their election results.

The Trump administration has so far refused to concede, citing witness accounts of fraud and voter irregularities, including ballots cast by deceased voters and possible Dominion voting system glitches. Now, a post-election audit is now underway in the toss-up state of Georgia, and state officials in the swing state of Wisconsin are preparing for a potential recount.