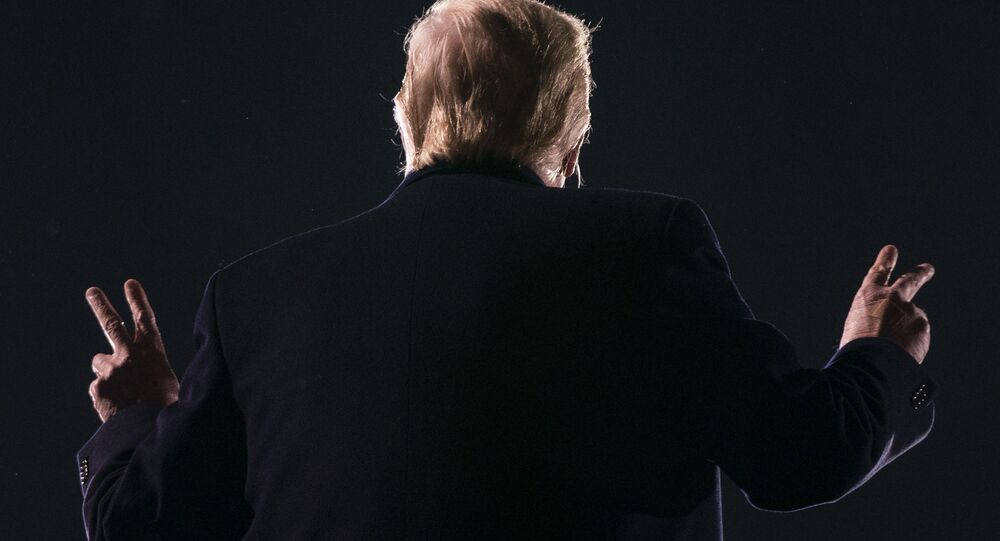 Trump's campaign has mounted legal challenges to election results in key battleground states including Pennsylvania, Michigan, Georgia and Arizona, accusing its opponents of election fraud. The President’s Democrat rivals, most of the mainstream media and even some Republicans have dismissed his fraud claims.

Donald Trump is ‘talking seriously’ about announcing another run for the presidency in 2024 almost immediately if his opponent Joe Biden is formally certified as president-elect by the states, the New York Times has reported, citing sources familiar with the situation, including advisers and people ‘close to the president’.

Trump reportedly brought up the idea of running again on Wednesday at a meeting in the White House, where he and advisers spitballed ideas for securing him a second term.

The report follows a scoop by Axios citing two sources earlier in the week, claiming that Trump had told advisers that he was considering running again in 2024. According to the outlet, advisers counseling Republicans considering a 2024 run are ‘dreading’ the thought of another Trump run, ‘given the extraordinary sway he holds over millions of GOP voters’.

Publicly, Trump continues to insist that the 2020 election was stolen from him, citing alleged irregularities including ballot dumps, problems with voting machines and discrepancies in results on the night of the election and those from later in the week.

US media declared Joe Biden to be the winner of the 3 November election on Saturday, with several world leaders congratulating the Democrat candidate and discussing the prospects of relations with the United States post-Trump.

Formally, US states are expected to complete the certification of election results by early December, with an 8 December deadline set for resolving any election disputes, and electors from the Electoral College meeting to cast their respective ballots for president on 14 December.

South Carolina Republican Senator Lindsey Graham is one of the few politicians to have mentioned a 2024 run by Trump, urging the President to do so if his election fraud challenge “falls short” and he is not inaugurated for a second term in January 2021.

Last week, Bryan Lanza, the former deputy communications director on Trump’s 2016 campaign, said he “wouldn’t be surprised” if Trump ran again.  “He could probably glide through the primary pretty quickly. He still has the fund-raising apparatus… I don’t think we’ve seen the last of President Trump,” Lanza argued.

The United States Constitution permits a president to serve two terms, either consecutively or intermittently. Grover Cleveland is the only president in US history to have served two non-consecutive terms in office, doing so between 1885-1889 and 1893-1897.

74 years old today, Trump would be 78 years old, a year older than Democrat candidate Joe Biden is now, if he were to run again in 2024.