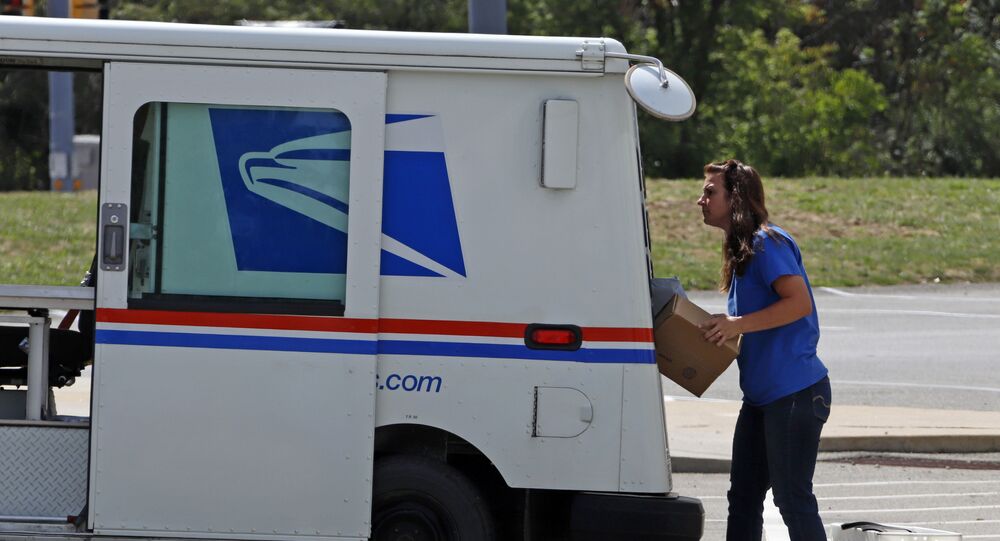 With election results in the key swing state of Pennsylvania being disputed by the Trump campaign, which cites major election fraud and a lack of oversight from Republican observers, insiders from USPS have claimed instances of vote tampering and political bias coming from their bosses.

An anonymous US Postal Service (USPS) staffer from the Pennsylvania branch told Project Veritas’ founder James O’Keefe that he and his colleagues were told “the only political mail that will be delivered from now on will be that of the winner.”

“In this case, Joe Biden,” the insider from an office in Elkins Park said in a video interview.

“Other political mail from other sources and senders would be put into the undeliverable bulk business mail bin or UVM,” explained the man, whose identity remained distorted for security purposes.

According to the whistleblower, UVM was “essentially a step away from the garbage.”

“All political mail for Biden was to be continued to be treated as first-class and delivered the day it was received,” the man shared.

He said that the order was given to him and another group of around 30 people by his supervisor Walter Lee on Monday. According to the staffer, he was willing to go under oath with his statement if he was required to.

The worker added that he does not believe that the postal service should be engaged in political meddling with instructions like that.

“I think that we're a delivery service and that's not really our place. It seems to me that once they decided that - there was a victory in the election. It was like, well, we're not - we're not delivering anything else, but that.”

According to O’Keefe, this was the third USPS insider from Pennsylvania “to blow the whistle on election malfeasance in the last week.”

“There is something going on with USPS and we must get to the bottom of it immediately,” the journalist and activist commented on the new claims.

As the results of mail-in ballot counting in key election battleground states continued to be questioned and legally challenged by the Trump campaign, several USPS insiders came forward with allegations that they have been told to hand-mark late ballots with the date 3 November so that they would be considered valid.

The claims were first raised by an anonymous worker from Barlow Branch in Michigan and then mirrored by Richard Hopkins, his colleague from the Erie branch in Pennsylvania.

Hopkins went public with his accusations of ballot tampering last week, but recanted them in an interview with investigators from the USPS Inspector General. The Washington Post later reported that the man had admitted to fabricating the claims.

However, Hopkins told Project Veritas this week that this is “not what happened”, citing “coercion” from federal agents, while urging the Washington Post to “recant” their report about him walking back on his accusations.