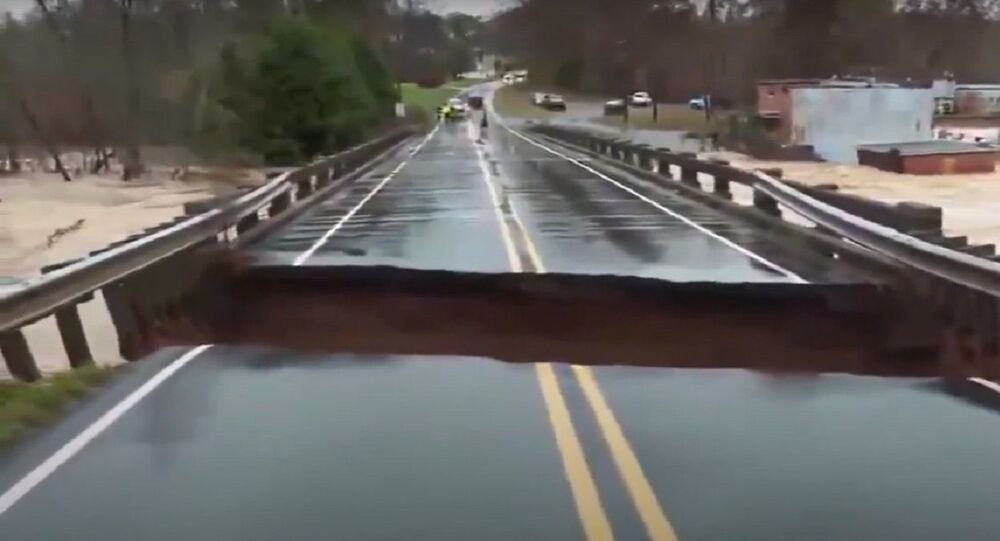 Flash floodwaters have damaged roads and bridges in the southeastern US state of North Carolina, leaving at least seven people dead and several missing, The New York Times reported.

Shocking footage from a local Fox affiliate in Charlotte, North Carolina shows part of a bridge collapsing as a reporter stands just a few feet away, amid heavy rains and flooding in the region.

During the report, journalist Amber Roberts was showing viewers a flood of running water under the bridge and damage to a roadway in Alexander County.

"This bridge is literally sinking. Take a look at the ground, you can see it caving in", she said.

Within seconds, a section of the roadway collapsed and fell into the water. The correspondent shared the footage on her Twitter account.

​According to local authorities, about four bridges and 50 roadways in Alexander County in the western Piedmont region of North Carolina were damaged by the floodwaters.

Tropical Storm Eta has hit the US state, with some areas receiving about 10 inches of rain (25 centimetres). Before this, the storm fell in South Florida on Sunday after lashing Central America and Mexico with deadly force.