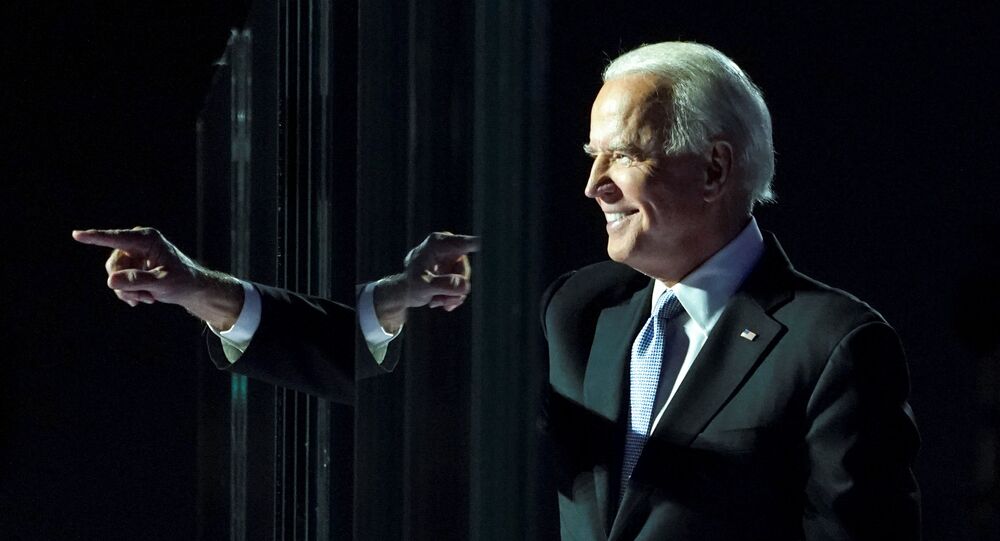 While Joe Biden is presumed to have won the 2020 presidential election, the Democratic Party has lost several seats in the House of Representatives and is projected to lose the Senate. American observers have discussed the Dems' performance and shared their prognosis as to how it may play out for Biden if he wins the White House.

All eyes are now on Georgia as the state contest can solve the outcome of the Republican race for the US Senate. It is projected that Democrats will have 48 seats in the next Senate together with independent senators Angus King and Bernie Sanders, while Republicans will have 50.

The situation is unlikely to get clearer soon, as Republican Senator Kelly Loeffler and Democrat Raphael Warnock are heading to a runoff election on 5 January 2021, as neither of them managed to secure the majority of the vote in the November general election. Georgia's election law requires a candidate to receive a 50%+1 vote majority to win, otherwise two top contenders advance for a runoff. The state’s other contest, between Republican Senator David Perdue and Democrat Jon Ossoff, is seemingly facing a similar fate.

While maintaining the majority of seats in the House of Representatives, Democrats, nevertheless are losing their grip by ceding 6 seats to the GOP. As of 11 November, the Democratic Party has gained 218 seats, the GOP got 202, and 15 seats have yet to be called, according to NPR.

Democratic Party Losing Seats Since It Became 'Too Extreme'

If the GOP won the Senate, Majority Leader Mitch McConnell would be able to block progressive legislation by the projected Biden administration and block those Biden cabinet appointments the Republicans don't like. In this case, Biden, if elected, would be severely weakened, according to the political commentator.

It is not surprising that the Democratic Party is losing a number of seats in the House of Representatives, as people feel that it has become "too extreme", suggests Paul Mikoloski, US-based political analyst, in an apparent reference to the increasing role of Democratic progressives.

The House progressive wing has gained prominence due to the so-called "Squad", the informal group made up of Alexandria Ocasio-Cortez of New York, Ilhan Omar of Minnesota, Ayanna Pressley of Massachusetts, and Rashida Tlaib of Michigan. The four have been re-elected to their seats last week.

Still, Mikoloski agrees that it all depends on how the race for the Senate will play out for the Dems. The GOP majority in the US Congress' upper chamber will substantially weaken Joe Biden's positions if he wins the White House.

"It will affect some of the more radical things [Biden] has wanted to do, like packing [the Supreme Court] with more judges", the political analyst explains.

Earlier, the Trump administration nominated Amy Barrett for a Supreme Court justice position despite vocal displeasure from the Democratic camp that insisted that the sixth conservative justice on the court's panel could swing it further to the right. After Barrett's nomination was approved by the Senate, some Democrats proposed "packing" the Supreme Court with liberal justices.

In addition to this, the composition of the new Congress is also important in terms of the presidential race, notes Robert Spitzer, a political science researcher at State University of New York College at Cortland.

"It is the new Congress that convenes in January that will receive and formally count the Electoral College votes for president and declare a winner," he says.

He opines, however, that "there is no reason to believe that it will do anything other than ratifying the results we have all been following".

The outcome of the presidential race has yet to be certified by US states amid pending counts and recount of votes as well as new lawsuits launched by Donald Trump's lawyers this week in a number of battleground states over the alleged election fraud.

Meanwhile, as the new Congress will not take office until January, the current Congress is still functioning if the leaders convene it this month or next, Spitzer concludes.

US Election: Democratic Party Would be Unable to Unite Americans if Biden Won, Prof Says