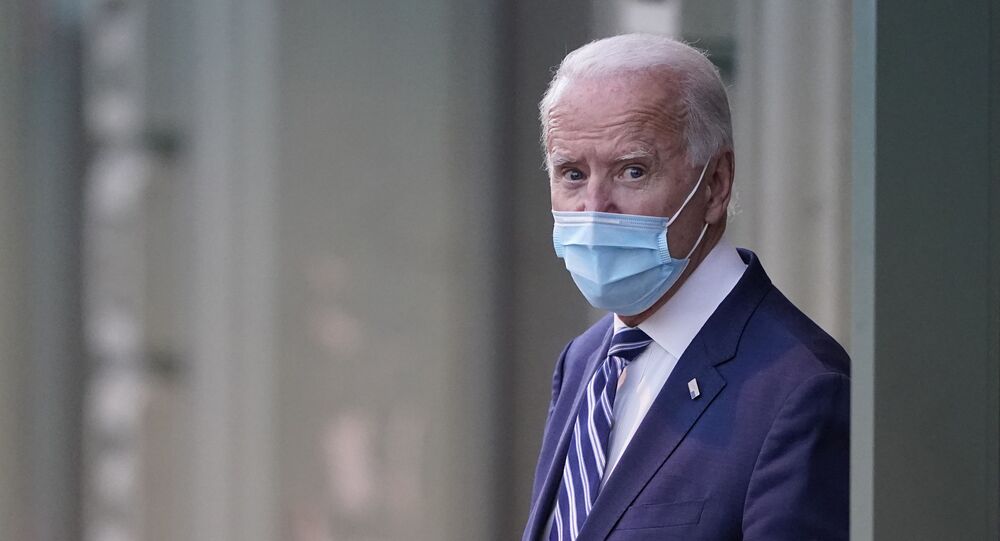 The US media has already declared Democratic candidate Joe Biden “president-elect”; election results have been disputed by incumbent President Trump in a number of key swing states, citing major fraud in the counting of votes.

Joe Biden’s conversations with foreign leaders can be easily compared to former national security advisor Michael Flynn’s “customary call” with the Russian ambassador during the Trump transition that had resulted in his “political prosecution”, Fox News host Sean Hannity said on Wednesday night.

“Hypocrisy, double standards, outright lies on full display again tonight because, get this, failed Obama advisor Ben Rhodes revealing this week that Joe Biden is already talking to foreign leaders like the French President Macron”, Hannity raged. “And, wait a minute, Michael Flynn had what was a customary call with the Russian ambassador, soon to be counterpart, in 2016.”

It was revealed this week by Obama’s ex-Deputy National Security Advisor Ben Rhodes that Biden has already been discussing the upcoming “agenda” of his administration with foreign leaders, revelations that have left Republicans fuming.

© Photo : Dr. Jill Biden/twitter
He will be a President for all of our families

Back in December 2016, Michael Flynn, who was about to assume the post of National Security Advisor, held a phone conversation with then-Russian Ambassador to the US Sergey Kislyak to discuss sanctions. Democrats then accused Flynn of violating the Logan Act, 1799 legislation which forbids private citizens from negotiating disputes with foreign governments with regards to the United States without authorisation.

“He was the incoming national security advisor, and all we heard about from the fake news, fraudulent media mob was this could be a violation of the Logan Act. And by the way, that was a law from 1799 that has never successfully been used to prosecute anyone,” Hannity continued.

“Ask yourself, why is it always one rule for the Democrats, one for the rest of us? The Clintons, the mob, the deep state, they all get a pass. What is the point of having laws if Democrats get to pick and choose which ones apply to who?” the TV host asked.

Hannity also praised a “powerful” speech by Texas Senator Ted Cruz, who questioned former Deputy FBI Director Andrew McCabe during the Senate hearing this week over whether Biden’s calls with foreign leaders can actually constitute a violation of the Logan Act.

“He is talking to foreign leaders and it doesn’t violate the Logan Act because the Logan Act is unconstitutional, which is why it’s never been used to prosecute anyone. You [to McCabe] authorised using it to go after General Flynn as part of a political prosecution,” Cruz told the ex-FBI official in a clip that was played by Hannity.

“I can give you the answer – hell no, Joe Biden is not violating the Logan Act. The reason you won’t say it is because this is what your flimsy political basis (was) - to go after a decorated war hero, because you disagreed politically with President Trump,” the senator concluded.

His vibe was also shared by Republican Representatives Devin Nunes and Elise Stefanik, who said during the Fox News programme that Biden’s behaviour was hypocritical.

Flynn, a retired US lieutenant general, was a senior Trump advisor during his 2016 presidential campaign and assumed the post of National Security Advisor following the president’s inauguration.

During the transition period, he had communicated with former Russian Ambassador to the US Sergey Kislyak in relation to a UN Security Council resolution about Israel and also US sanctions against Moscow on several occasions.

Flynn, however, did not admit that the topic of sanctions was discussed with Russia when approached by the media. He also lied about content of his conversations during an interview with FBI agents back in January 2017.

On 13 February, Flynn resigned from the post. He eventually pleaded guilty to lying to the FBI about the discussion with the then-Russian ambassador, while agreeing to cooperate with Special Counsel Robert Mueller’s investigation over Kremlin’s alleged interference in 2016 US presidential election.

In February 2020, his sentencing was postponed indefinitely, citing a claim that his attorneys have violated his constitutional rights during a discussion of a plea bargain.