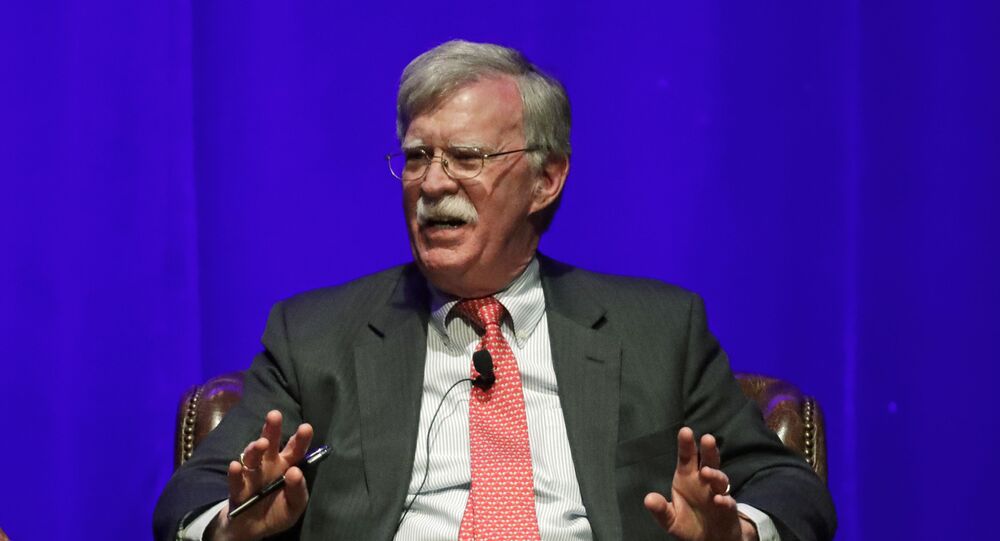 WASHINGTON(Sputnik) - President Donald Trump, by claiming he is the victim of massive electoral fraud, tarnishes his own self-image at the expense of the Republican Party's long-term credibility and effectiveness, former National Security Adviser John Bolton claims in an opinion article on Wednesday.

Trump has claimed victory in the presidential race but said it has been stolen via massive election fraud for which he says there is much evidence. Consequently, he is contesting the election results by seeking audits and recounts as well as by suing in court. The Trump team has filed 131 affidavits and 2800 incident reports in the state of Michigan alone.

"Here is the cold political reality: Trump is enhancing his own brand (in his mind) while harming the Republican brand", Bolton wrote in the Washington Post. "The party needs a long internal conversation about the post-Trump era, but first it needs to get there honorably."

As a result, the Republican Party faces a dilemma on whether to keep "coddling" the US president in an attempt to ease the sting of rejection and thereby persuade Trump to eventually admit defeat and exit the White House gracefully, Bolton said.

"The more Republican leaders kowtow, the more Trump believes he is still in control and the less likely he will do what normal presidents do: make a gracious concession speech; fully cooperate with the president-elect in a smooth transition process; and validate the election process itself by joining his successor at the 20 January inauguration", Bolton added.

At the moment, the Republican Party has yet to suffer permanent damage to its reputation, but Bolton warned that time is running out for party leaders to openly challenge the president during his final days in office, Bolton said.

Bolton, who served as Trump's National Security Adviser from April 2018 until September 2019, has been slammed by the Trump Administration for his book, The Room Where It Happened: A White House Memoir, a tell-all account of his year-and-a-half at the president's side.

In the memoir, he portrayed Trump as a president who was easily manipulated by the leaders of China, Russia, Turkey, and even North Korea. The Trump administration has slammed the book, with Secretary of State Mike Pompeo accusing Bolton of "spreading a number of lies, fully-spun half-truths, and outright falsehoods", and President Trump calling it "a compilation of lies and made up stories, all intended to make me look bad".

Bolton is known to have been one of the most "hawkish" officials in the Trump administration. He has urged the president to deepen Washington's involvement in Venezuela's affairs, and pushed for a more harsh stance on Iran and North Korea. Trump announced his dismissal on 10 September 2019, citing differences on a number of issues with Bolton, which other officials also shared.

The president once said that if he had listened to Bolton's foreign policy advice, the US "would be in World War Six by now".