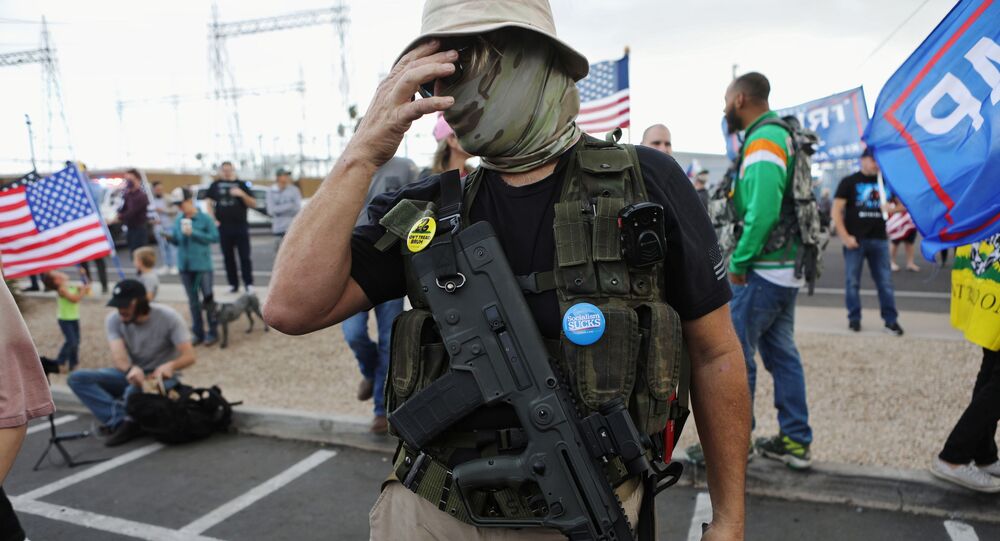 New York Man Charged Over Death Threats Toward Protesters, Politicians During US Election

MOSCOW (Sputnik) - A resident of the US state of New York has been arrested and charged with threatening to kill protesters, politicians, and law enforcement officers over the country's recent presidential election, the US Attorney's Office of the Eastern District of New York said in a press release.

"A criminal complaint was unsealed earlier today in federal court in Brooklyn charging Brian Maiorana, a resident of Staten Island, with threatening to kill and ordering others to kill protestors, politicians and law enforcement in retaliation for the 2020 U.S. Presidential Election", the press release, which was published late on Tuesday, read.

The acting US attorney for the Eastern District of New York, Seth DuCharme, said that tweets published by Maiorana, which cited William Luther Pierce's "The Turner Diaries", a popular book among white supremacists and neo-Nazis, violated federal law and were a danger to society.

"Mr. Maiorana’s online posts called for violence against our entire community—protestors, politicians, and law enforcement officers alike. His alleged threats are disturbing and far outside of acceptable norms, but they also violated federal law", DuCharme said in the press release.

In a tweet posted on Sunday, Maiorana said that the 2020 presidential election had been "fraudulently stolen from us", the attorney's office stated.

© CC0
US Election Results Could Impact Voters’ Mental Health, Study Finds
Incumbent President Donald Trump and members of his administration have made multiple claims that the election, and in particular the counting of mail-in ballots, was conducted fraudulently.

US media outlets have called Democratic candidate Joe Biden's victory in the election, although Trump is still yet to concede defeat.