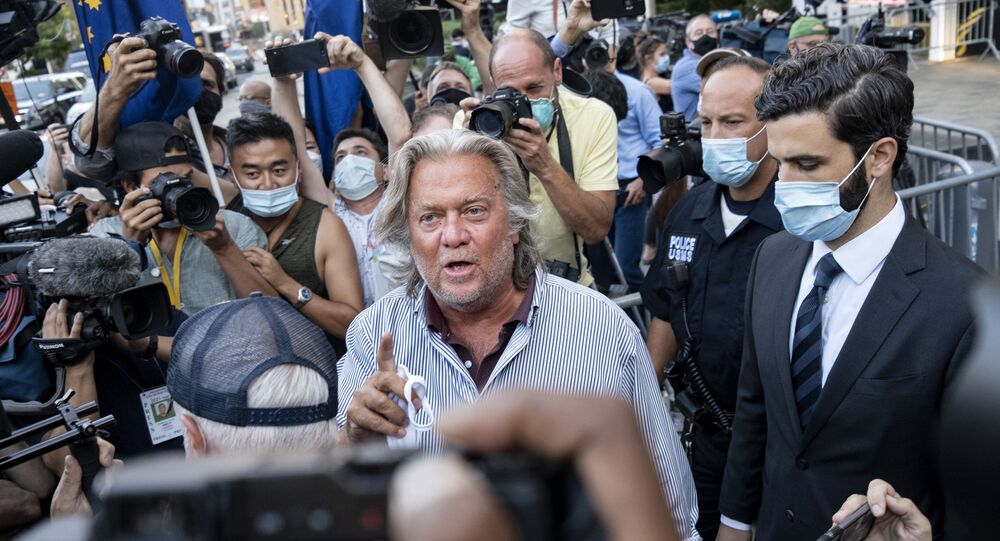 According to Avaaz, the pages removed aimed to "delegitimise the election with claims of 'voter fraud' and 'Stop the steal'".

The social media platform has "removed several clusters of activity for using inauthentic behavior tactics to artificially boost how many people saw their content", a Facebook spokesperson told the media on Tuesday.

The move comes after Twitter suspended Bannon's account last week for "glorification of violence" in violation of the company's policies. The ex-Trump aide called for the heads of FBI Director Christopher Wray National Institute of Allergy and Infectious Diseases Director Anthony Fauci to be placed on pikes. The video was also taken down on Facebook.

"I'd actually like to go back to the old times of Tudor England", Bannon said on an episode of his online show "War Room Pandemic". "I'd put their heads on pikes, right, I'd put them at the two corners of the White House as a warning to federal bureaucrats."

Several media outlets project Joe Biden to officially become the 2020 president-elect. He is projected to win 290 of the 538 electoral votes apportioned across 50 states and the District of Columbia. While the US General Service Administration (GSA) has not ascertained a winner due to the lawsuits, Biden's campaign has threatened it with legal action if results are not recognised.

Incumbent President Trump has refused to acknowledge the latest vote count, insisting that he is the one who won the election but that it has been stolen from him by Democrats. He is now pushing efforts to reverse the results of the race in several states through legal action.

For President Trump to win, he needs to prove election fraud in at least three states.