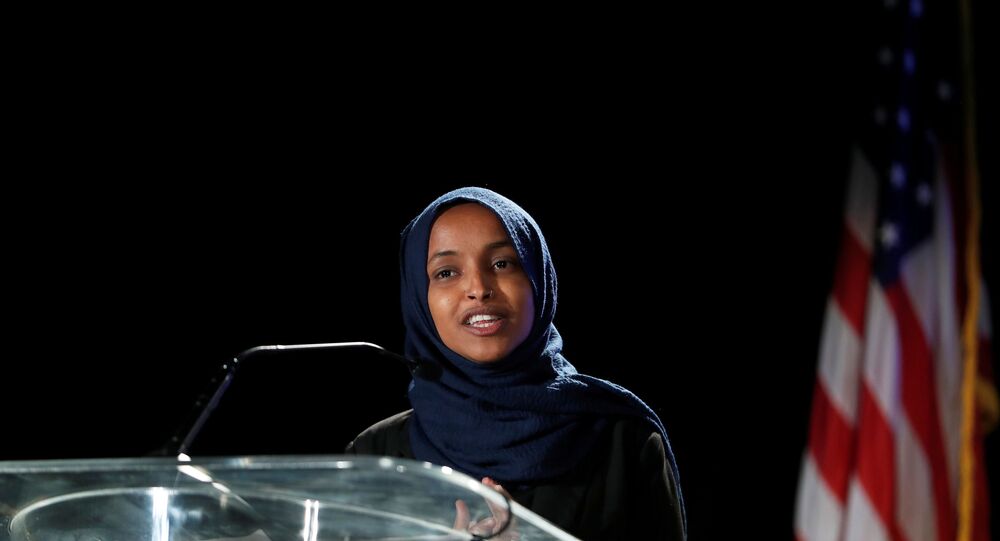 Omar married Tim Mynett, a political consultant, in March 2020, but claimed her relationship with him began long before he started working for her campaign and there were "no legal issues".

According to the data, Omar, who won re-election to the House last week, reported paying $1.6 million to Mynett's political consulting firm - E Street Group LLC - from 2019 through 22 July, and later filed $1.1 million and $27,000, respectively.

In March 2020, Omar officially announced her marriage to Mynett, following lengthy speculations in the media about their possible affair. The Democrat defended her relationship with Mynett, claiming that started dating long before he became a political consultant for her own campaign, which, however, assumes their affair could have been taking place when they were both still married.

In a series of tweets posted on 17 March, Omar called those scrutinising her campaign's finance reports "trolls", adding that an attorney told her there are no violations concerning her relationship with Mynett.

My relationship with Tim began long after this work started.

We consulted with a top FEC campaign attorney to ensure there were no possible legal issues with our relationship. We were told this is not uncommon and that no, there weren’t.

In accordance with American law, relatives of the members of Congress are allowed to engage in campaign work, though there could be some moral concerns, given the amount of money involved in the campaigning.