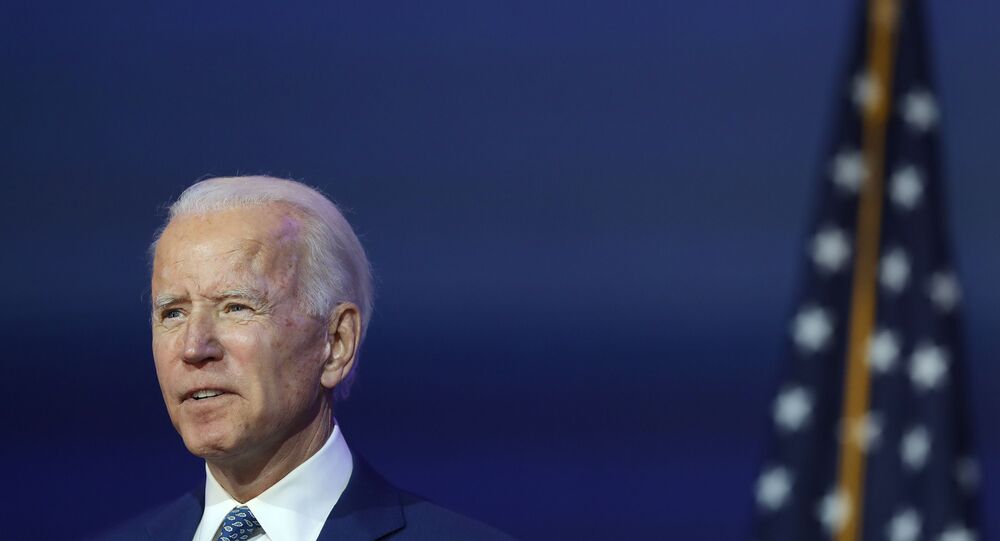 US media outlets have declared Democratic candidate Joe Biden the winner of the election. Incumbent President Donald Trump has claimed on multiple occasions that the election was conducted fraudulently, and the president's lawyers have already begun filing litigation claims in courts across the United States.

The Biden team are weighing the option of suing the General Services Administration (GSA) over the delay in recognising the outcome of the election as projected by US media and transferring the presidential powers from Donald Trump to Joe Biden, Reuters reported citing a member of the team.

Head of the GSA Emily Murphy has so far refused to take action arguing that it's unclear who indeed won the election.

On Saturday, major US outlets declared Joe Biden the winner of the US election. However, Donald Trump rejected the results and launched a series of lawsuits to contest the results in some states, alleging voter fraud.

Attorney General William Barr has given the green light to federal attorneys to launch probes into claims of voting irregularities.