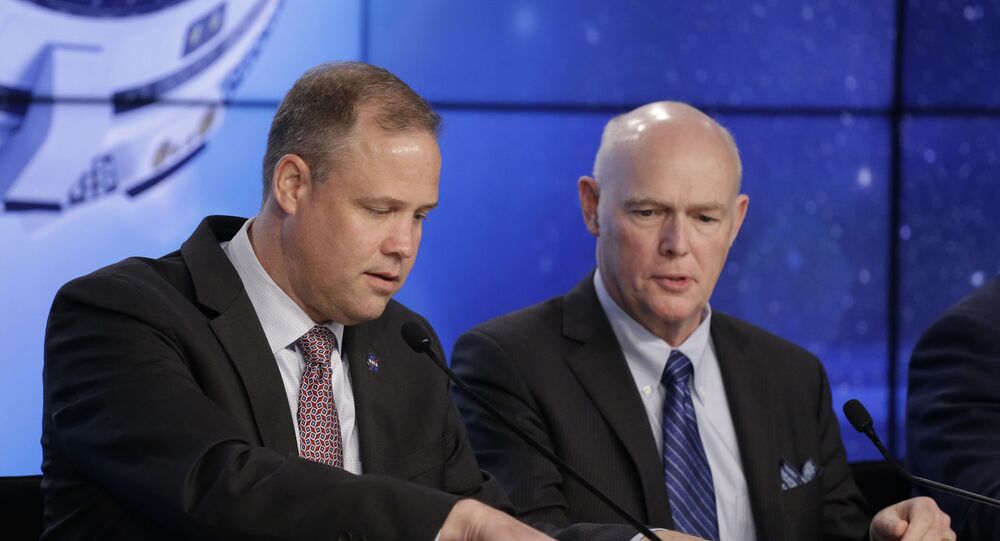 The Rice and Cornell university graduate did not reveal his future plans or his potential role in the US space industry, but noted that he intends to return to Oklahoma, where he served as the US congressman for the state’s 1st district.

NASA Director James Bridenstine has said he won’t head the agency under Democrat Joe Biden, who is projected to win the presidential election. Speaking to Aerospace Daily, the 45-year-old said he wouldn’t stay on at the helm of NASA even if the Democrat asks him. Commenting on his decision, Bridenstine said it is not motivated by partisan rivalry, but by his desire for NASA to thrive.

"We’ve had a lot of success, but it's because of relationships. You have to have those relationships. Whoever the president is, they have to have somebody they know and trust and somebody the administration trusts. That person is not going to be me. The right question here is 'What’s in the best interest of NASA as an agency', and 'what’s in the best interest of America's exploration program?'" Bridenstine told Aerospace Daily on 8 November, a day after the mainstream media declared Biden the winner in the presidential election.

The NASA chief emphasised that if Joe Biden becomes president, he will need a person at the helm of NASA who is not only trusted by the Democrat’s team, but also by other government agencies, "including the OMB (Office of Management and Budget), the National Space Council and the National Security Council".

Bridenstine highly assessed NASA’s position in the space industry and noted that the United States needs to lead the world in space exploration.

Donald Trump nominated Bridenstine to be NASA’s administrator in 2017 and he was confirmed by the Senate in a 50-49 vote a year later. Prior to that, Bridenstine had worked as a naval aviator in the US Navy and Naval Reserve. He flew an E-2C Hawkeye in Central and South America as part of the US War on Drugs. After his career in the military, he served for five years as a member of the US House of Representatives for Oklahoma's 1st district.

Under his command, NASA was galvanised to prepare for lunar exploration as part of its Artemis programme, which will see the space agency land the first woman and the next man on the Moon in 2024.

Under Bridenstine, NASA also launched the InSight Mars lander, the Mars 2020 Perseverance Rover, and the Parker Solar Probe missions, as well as teamed up with Elon Musk's SpaceX to send astronauts to the International Space Station. The launch in May was special for NASA as it was the first time that US astronauts had flown to the ISS from American soil. After NASA stopped using its space shuttles in 2011, it resorted to using Russia’s Soyuz rockets to launch astronauts into space.