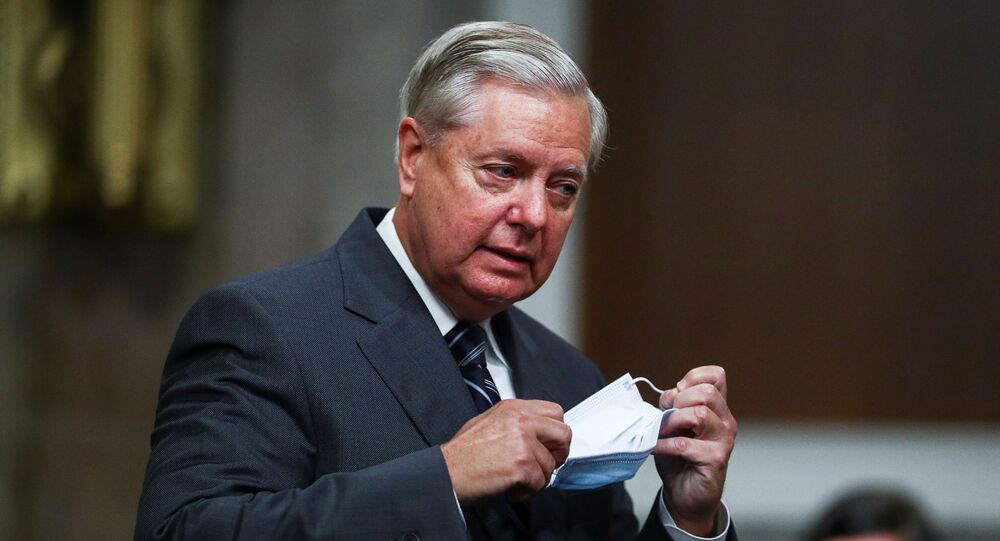 As the official result of the US 2020 presidential election has not yet been announced, Republican President Donald Trump’s Democratic rival, Joe Biden, was on Saturday projected by all US major media to have won the White House race. Accordingly, the former US VP has declared himself the nation’s President-elect.

US Republican Senator from South Carolina, Lindsey Graham, during an interview on Fox News on Sunday, warned that “there will never be another Republican president elected again” if the GOP does not "challenge and change the US election system".

Graham, the Senate Judiciary Committee chairman, who won re-election to the Senate, has claimed that cases of voter fraud took place in some parts of the country, especially in Pennsylvania, one of the disputed states called for Biden. He insisted that the Republican Party has “verified” 15 incidents of dead people casting votes in the election.

“What happened? The Trump team has canvassed all early voters and absentee mail-in ballots in Pennsylvania, and they have found over 100 people they think were dead but 15 people that we verified that have been dead who voted,” Graham alleged. “Here is the one that gets me: Six people registered after they died and voted. In Pennsylvania, I guess you're never out of it.”

Earlier in the day, Republican Senator Mitt Romney, the GOP presidential nominee for the 2012 race against then-President Barack Obama, acknowledged that Americans “do want to see a change in leadership in the White House” at this point in US history, although “conservative principles still account for the majority of public opinion”.

“They do want to see a change in leadership in the White House apparently at this stage,” Romney said during a Sunday interview on the NBC ‘Meet the Press’ news program. “And so it's a message which says, ‘All right, a change in leader,’ but we're not going to be turning a sharp left turn, in terms of public policy.”

On Saturday, all major US media outlets projected Democratic candidate Joe Biden to be the winner of the US 2020 presidential election. Later in the day, the former vice president and his VP running mate, California Senator Kamala Harris, addressed the nation, announcing their victory. Many global leaders and public figures have congratulated Biden and Harris on the projected victory.

Trump has rejected a Biden victory and claims that he is the winner of the election, promising to challenge the results in court. The Republican president claimed that “tens of thousands of votes were illegally received” by mail after the Election Day deadline in Pennsylvania and other states won by Biden. Trump also alleged that “hundreds of thousands of Votes were illegally not allowed to be OBSERVED” across the country.