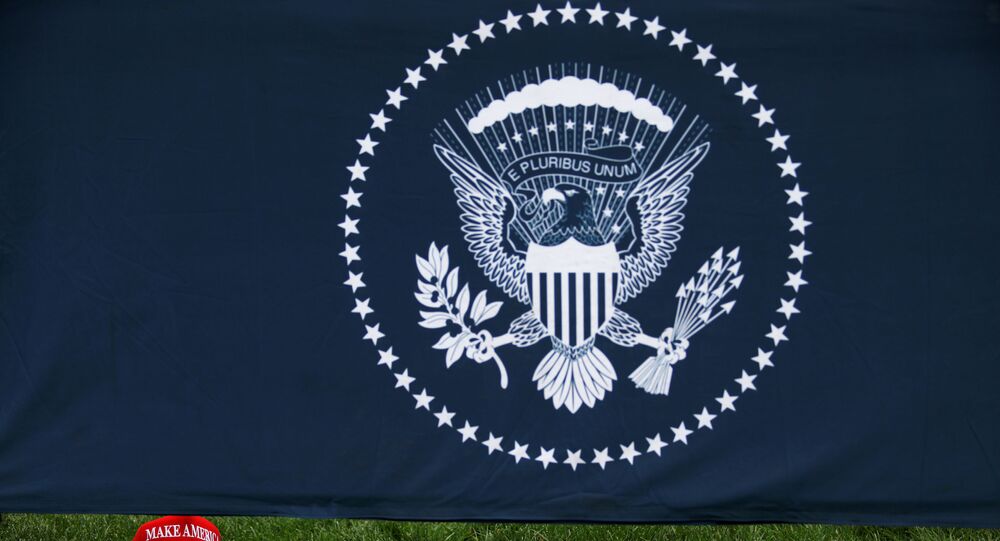 USA: What Are the Next Steps in the Disputed Election Saga?

There could be many twist, turns and pitfalls on the road to the White House for either Democrat Joe Biden - the self-declared victor - or incumbent Donald Trump, who is counting on support from the Supreme Court. Here are possible next steps in the convoluted process.

This year's US presidential election set to be the most controversial in more than a century - and the process is far from over.

Democratic challenger Joe Biden declared himself president after US media projected his victory in the race for the Oval Office, with Republican candidate Trump insisting that he "won the election, got 71,000,000 legal votes".

The two are set to contest the result down to the wire, possibly disrupting the usual chain of events over the two-and-a-half months between Election Day and Inauguration Day.

The governors of each of the 50 states and the mayor of the District of Columbia - the federal capital of Washington DC - are required by law to provide “Certificates of Ascertainment” of the vote as soon as possible following Election Day. So far none of the states have finished counting, four days after the election, even those in which the result is no longer in doubt.

Of the 50 state governors, 26 are Republicans - including those of potentially-contested states Arizona and Georgia - and 24 are Democrats, including in the battleground states of Michigan, Nevada and Pennsylvania.

Any outstanding disputes at the state level over the results - of which there could be many - must be resolved by December 8. These include recounts - which could happen in Georgia and Nevada - and court cases. Expect a frenzy of petitions working their way up the hierarchy of state courts, appellate courts and supreme courts.

Several legal challenges by the Trump campaign have already been dismissed in state courts, reducing the number of steps left before they come to the conservative-dominated US Supreme Court.

Not so much 'We the People' but 'We the Electors', as the 538 members of the electoral college, from the 50 states and the District of Colombia, cast their votes for the president and vice-president on simple paper ballots.

In 33 of the states and in DC, the law obliges electors to choose the candidate who won the most votes in that state, and in some they can be replaced or penalised. But with those results still subject to a possible but unlikely legal challenge, how they will cast their votes could still be uncertain.

In many sates electors are chosen by the state legislature, and the Republicans control the legislatures in 30 states - including Arizona, Georgia, Michigan, North Carolina and Pennsylvania - all potential legal battlegrounds. However, all except Arizona and Georgia have Democratic governors who may be able to veto any move by the legislatures to decide the election.

So-called 'faithless electors' have occasionally voted against the decisions of voters, but not, since 1896, in significant numbers. In 2016, five electors pledged to Hillary Clinton, and two who were for Trump voted for individuals who were never on the ballot.

Electors must then sign six “Certificates of the Vote”, which must be received by various federal officials, including the vice-president, in his capacity as president of the Senate, by December 23.

A joint session of the lower House of Representatives and the upper Senate meets in Washington DC on January 6 to count the electoral college votes, presided over by the vice president, in this case, Mike Pence. The number of electors - 538 - is equal to the sum of Representatives and Senators in the US Congress, plus three electors from DC.

The returns from any state can be contested if just one member of each house objects, provided certain conditions are met. But a majority in both houses is required to up hold that objection. With Republicans set to hold the Senate and Democrats the House - albeit with a reduced majority - it is hard to see any state results being overturned at that stage.

© REUTERS / SHANNON STAPLETON
Trump Lawyer Wants Recount in 28 States With 'Glitch' That Flipped 6,000 Votes to Biden
If neither candidate had received 270 votes, the House of Representatives would pick the president and the Senate the vice-president, according to the 12th Constitutional Amendment. But - and it's a Big But - the amendments say "the votes shall be taken by states, the representation from each state having one vote" or 'en bloc', with no vote for DC which has no voting representative - and here Trump could win.

The president-elect is sworn in on January 20, but who that will be is not officially known at this point. Between legal wrangling and manoeuvres in the state legislatures and Congress, anything is possible.

'There Will be Calls to Get Rid of Electoral College', Professor Says About US Presidential Race