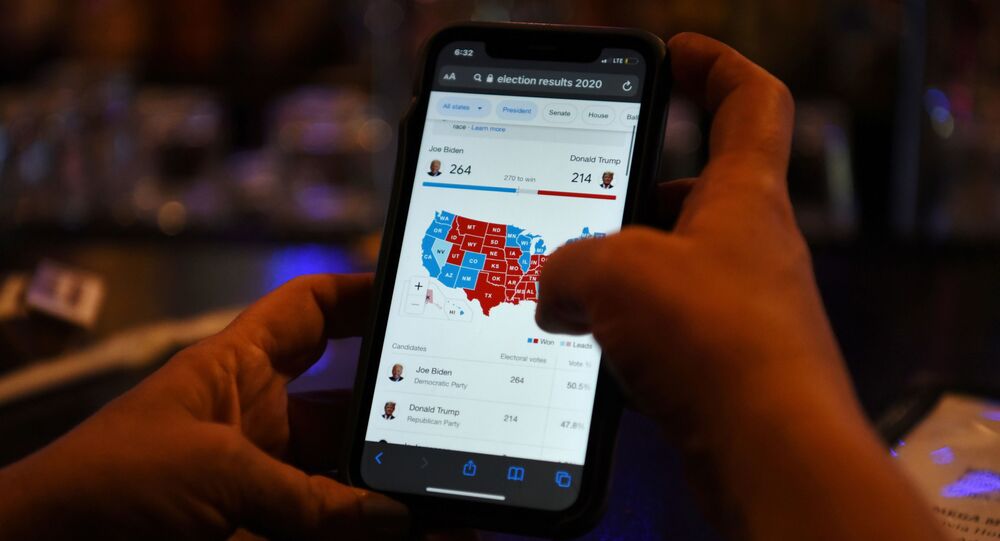 On 3 November 2020, the US presidential election between incumbent President Donald Trump and Democratic candidate Joe Biden took place. At present, the vote results are still being tabulated in several crucial states to determine the identity of the nation's next president.

As people in the United States and across the globe impatiently await the outcome of the country's 3 November presidential election, many memes and jokes have emerged on social media over delays in the counting of election ballots in key battleground states, but a Pennsylvania-based reporter took it to another level.

Chelsea Strub, a correspondent for ABC affiliate WNEP-TV, on Friday went viral on social media after releasing a "song", in which she disclosed the "Christmas wish" of "every reporter right now".

"I don't want love for Christmas. There is just one thing I need. So let's just count the ballots to find out who is gonna lead", Strub sang on camera while holding a WNEP-TV microphone. "I just want to know right now so that I can get some sleep. Make my wish come true! All I want for Christmas is news".

Strub's "Christmas wish" song comes as the American people, along with many others around the world, are waiting for the results from the heated presidential race between incumbent President Donald Trump, and his Democratic rival Joe Biden.

At present, a winner is yet to be declared, due to some states, disputed between the two candidates, having not submitted their final results yet and projected to take over a week to finish the vote counting. Securing 264 of the 270 electoral votes need to win the presidency, Biden is leading Trump by over 4.2 million in the popular vote, as well as by 50 votes in the Electoral College.

The Trump re-election campaign has filed a number of lawsuits in the crucial states of Michigan, Pennsylvania, Nevada, and Georgia in a bid to stop the counting of "illegal" votes received by mail after Election Day.

Let Trump Have His Day in Court