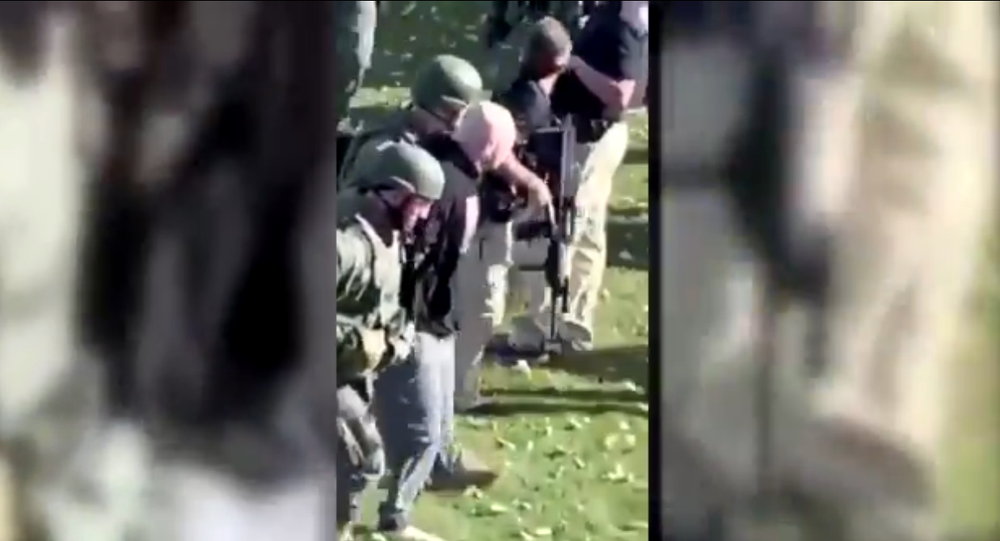 On Thursday, two police officers were wounded after a man identified as Nathanael Benton from North Dakota opened fire when approached by the cops. The officers were hospitalized with serious injuries.

The video shared in social media revealed the moment of the arrest, showing several officers of SWAT team surrounding the suspect, who was identified as Nathanael Benton of Fargo, as the latter drops to his knees and lays down on the ground as officers place his hands behind his back.

The manhunt lasted some nine hours, and it also was revealed that Benton was wanted for attempted murder in North Dakota.

#Waukesha #Wisconsin
BREAKING:
A suspect is in police custody after two police officers were shot in Waukesha County prompting a man-hunt.

​Earlier on Thursday, the 23-year-old fired multiple shots at two police officers who approached him near a Holiday Inn in Delafield, Wisconsin, striking both. The officers were hospitalized with serious, but non-life-threatening injuries, and Benton fled the scene.