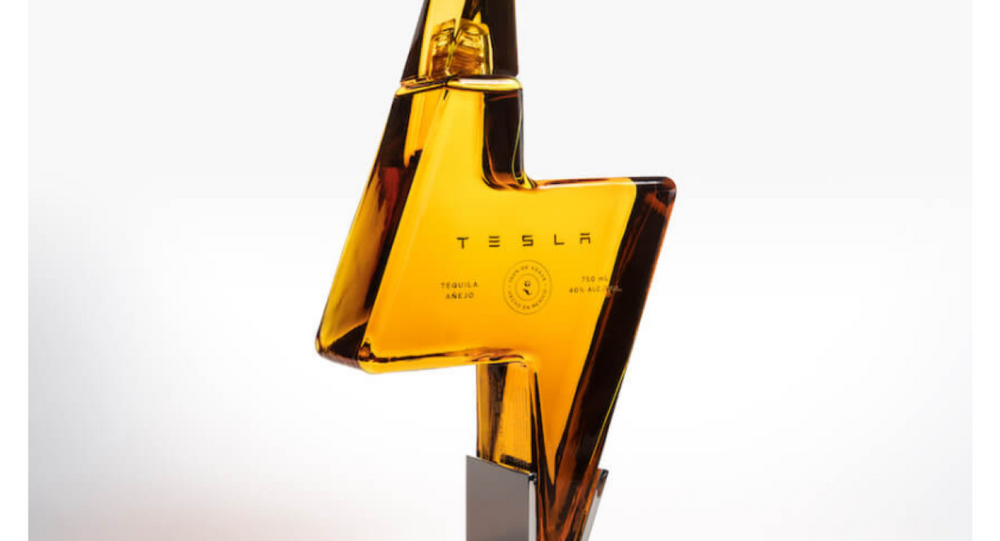 In 2018, Elon Musk posted a series of April Fools’ Day tweets saying his electric-car company, Tesla Inc., had gone bankrupt and that he was found dead against a Tesla Model 3, surrounded by “Teslaquila bottles”. Although the drink was fictional, the US businessman later asserted that a Tesla-branded tequila was “coming soon”.

Elon Musk’s company Tesla Inc. launched its “exclusive, premium” tequila “Teslaquila” on Thursday, and it only took a few hours for the new adult beverage to be sold out online, according to Business Insider.

At $250 a bottle, the Tesla-branded tequila comes in a 750-ml lightning-bolt shaped bottle, the electric car maker logo.

Purchases were limited to two bottles per customer, with deliveries set for later this year. According to Business Insider, following the sell-out of the Teslaquila, some consumers started reselling the bottles for as much as $999.

Listed on Tesla’s online shop, Teslaquila is described as “premium 100% de agave tequila añejo aged in French oak barrels” and is said to have “a dry fruit and light vanilla nose with a balanced cinnamon pepper finish.”

Apparently hinting at the release of Teslaquila, Musk retweeted a series of 2018 April Fools’ Day posts, where he joked that his electric-car company Tesla Inc. had “gone completely and totally bankrupt” and that he was “found passed out” against a Tesla Model 3, surrounded by “Teslaquila bottles”.

“Despite intense efforts to raise money, including a last-ditch mass sale of Easter Eggs, we are sad to report that Tesla has gone completely and totally bankrupt. So bankrupt, you can't believe it,” Musk wrote in April 2018. “Elon was found passed out against a Tesla Model 3, surrounded by ‘Teslaquilla’ bottles, the tracks of dried tears still visible on his cheeks.”

It was October 2018 when the billionaire announced that “Teslaquila coming soon” and posted on Twitter a “visual approximation” of what a Teslaquila bottle could look like.

Last week, the 49-year-old Musk revealed that his Tesla Inc. “was about a month” from bankruptcy in the period between mid-2017 and mid-2019, when the car-maker giant ramped up production of its Model 3 electric automobile.

“The Model 3 ramp was extreme stress & pain for a long time — from mid 2017 to mid 2019,” Musk replied to a Twitter follower's question on how close the company was from bankruptcy during the mass production of Model 3. “Production & logistics hell.”

Closest we got was about a month. The Model 3 ramp was extreme stress & pain for a long time — from mid 2017 to mid 2019. Production & logistics hell.

Elon Musk Reveals Location for First Base on Mars